On 30 November 2022, as part of the 116th session of the Council of Members, the IOC held a historic ceremony to celebrate the winners of the Mario Solinas Quality Awards at IFEJA, the trade fair centre of Jaén, the olive capital of the world.

The winners of the 22nd edition of this prestigious competition showcased top quality extra virgin olive oils from around the world.

The ceremony was opened by the Executive Director of the IOC, Abdellatif Ghedira; the Mayor of Jaén, Julio Millán Muñoz; the President of the Diputación de Jaén, Francisco Reyes Martínez; the Minister of Agriculture of the Regional Government of Andalusia, María del Carmen Crespo Díaz; and the Minister of Agriculture of Jordan and Chair of the IOC, Khaled Musa Al-Hanifet. The event was also attended by ambassadors and representatives of the diplomatic corps of various countries, as well as representatives of international and national authorities. 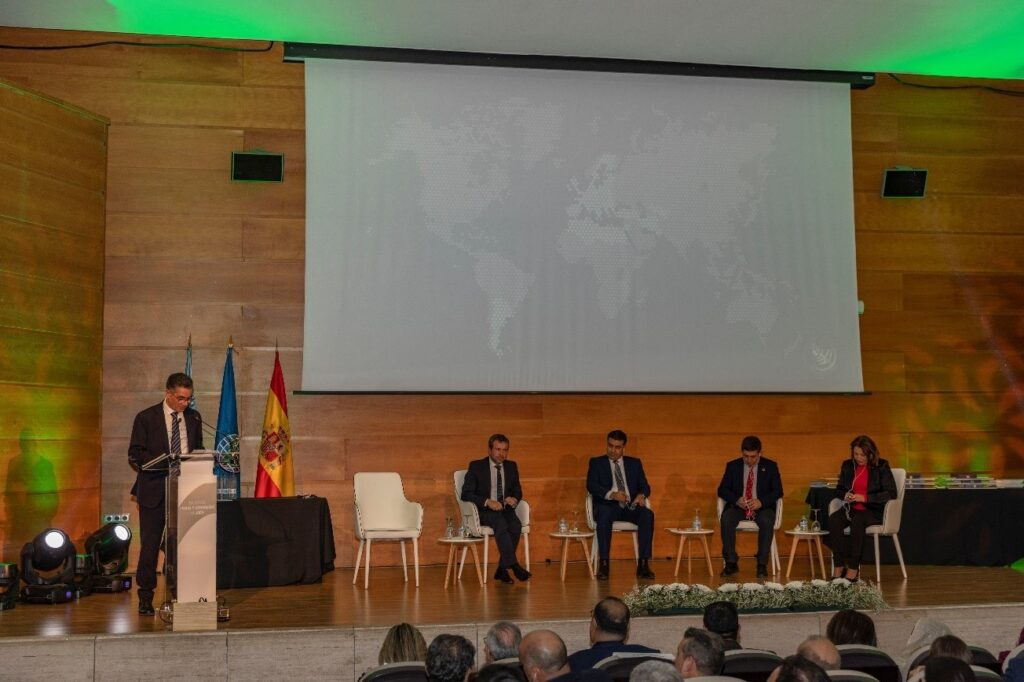 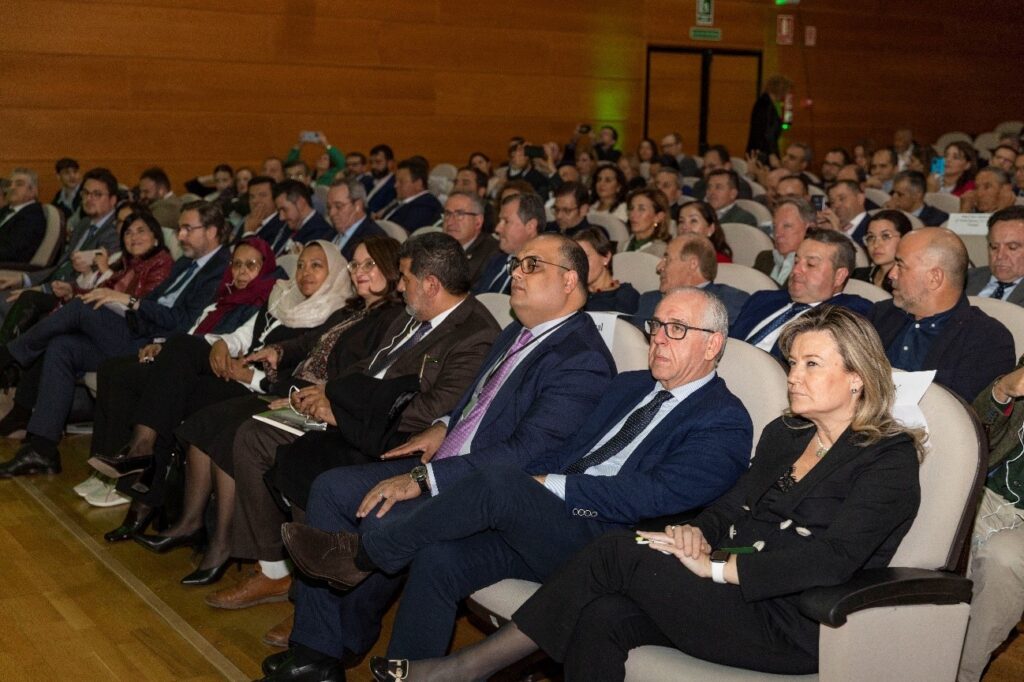 The Mario Solinas Quality Award is an international, institutional and non-profit competition that invites entries from companies in IOC member and non-member countries alike. Held annually since the 2000-2001 crop year, its aim is to encourage producers, producer associations and packers to market extra virgin olive oils with harmonious organoleptic characteristics and encourage consumers to recognise and appreciate the sensory attributes of these oils. Participants are rewarded for their hard work and expertise and consumers are given the opportunity to discover the full range of flavours and aromas the oils have to offer.

The IOC gave certificates to the members of the international panel and the winners and finalists in each category; the three winners of the competition were also given medals. In addition to the usual categories (robust green, medium green, delicate green and ripe fruitiness and the Southern Hemisphere), two new categories were added this year: packers and small-scale producers. 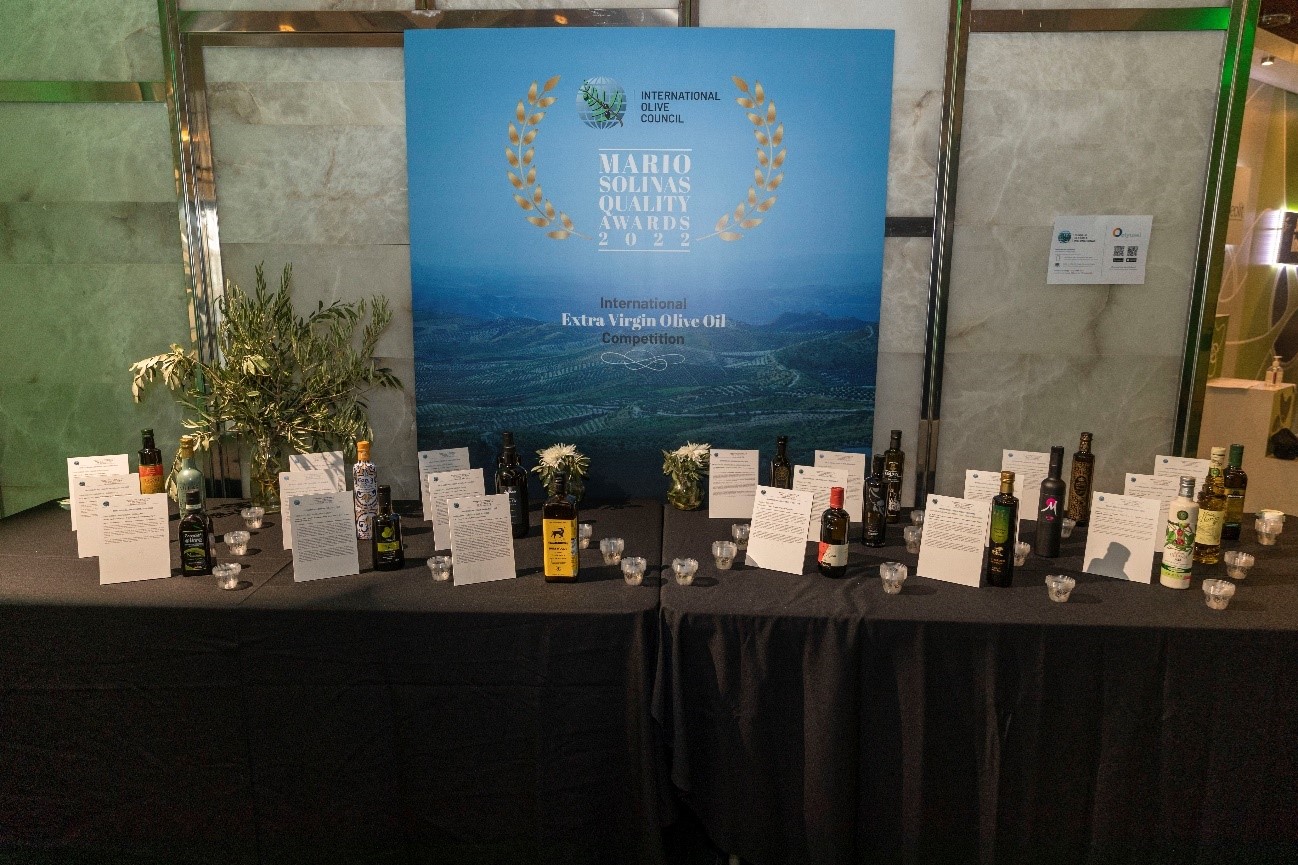 Two oils from the province of Jaén took the first two prizes in the robust green fruitiness category. The first prize went to Oleícola San Francisco SL (Baeza) and the second to SCA San Vicente de Mogón (Villacarrillo), while the third prize went to Uljara Vodnjan from Pula, Croatia.

In the delicate green fruitiness category, the three medals went to Tunisia: gold to the CHO company (Sfax), silver to the Biolive company (Zaghouane) and bronze to the Tunisian American Olive Oil Company (El Kef). 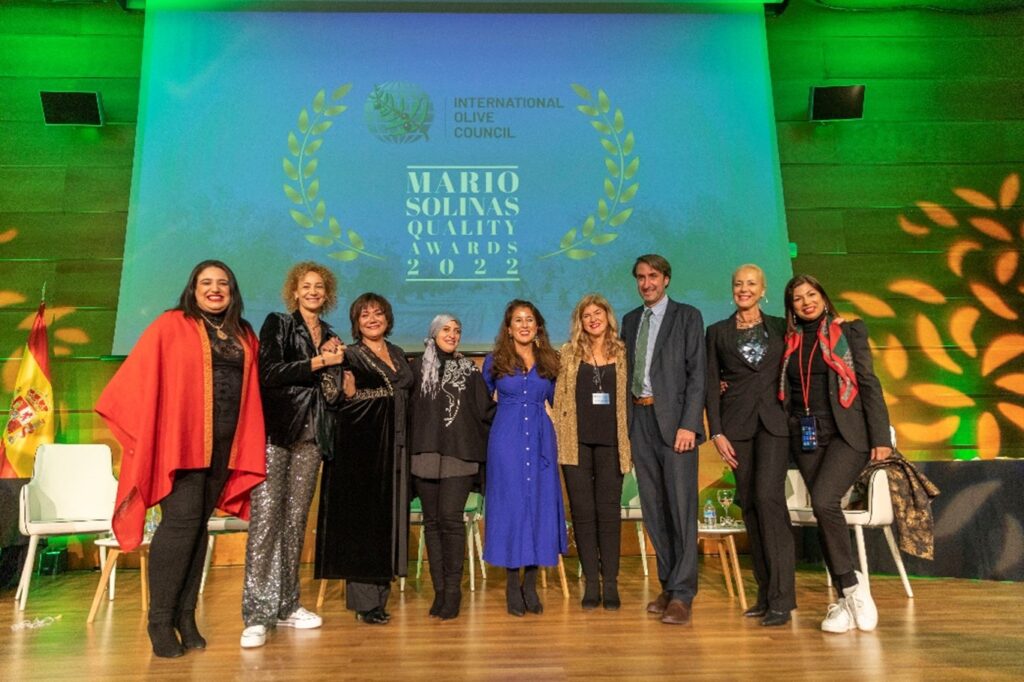 At the end of the ceremony, the winners and runners-up posed for a group photo. For the 23rd edition, be sure to check out the competition rules here: https://www.internationaloliveoil.org/what-we-do/chemistry-standardisation-unit/#national-competitions.