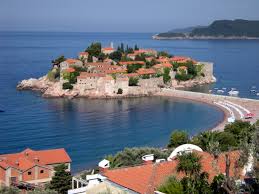 Montenegro, which had already signed the Agreement on 23 December 2016, has a long olive growing tradition. Olive growing is concentrated along the coast, where it is thought to have been introduced centuries ago by the Greeks. Tangible evidence of this antiquity is found in its century-old olive orchards, which are home to two remarkable ancient specimens, the “Stara Maslina” (or old olive tree) in Bar and the “Veliki Maslinovo” (or big olive tree) in Ivanovici, near Budva; they are both thought to be more than 2000 years old.

At 21 July 2017, 13 countries had signed the International Agreement on Olive Oil and Table Olives, 2015 (Algeria, Argentina, the European Union, Israel, Jordan, Lebanon, Libya, Montenegro, Morocco, the Islamic Republic of Iran, Tunisia, Turkey and Uruguay). Of these, four countries have notified their provisional application of the Agreement (Algeria, the European Union, Libya and Morocco) and six countries have ratified, accepted, approved or have acceded to it definitively (Jordan, Lebanon, Montenegro, Palestine, Tunisia and Turkey).