Home / Blog / Visit to the Embassy of Turkey in Madrid 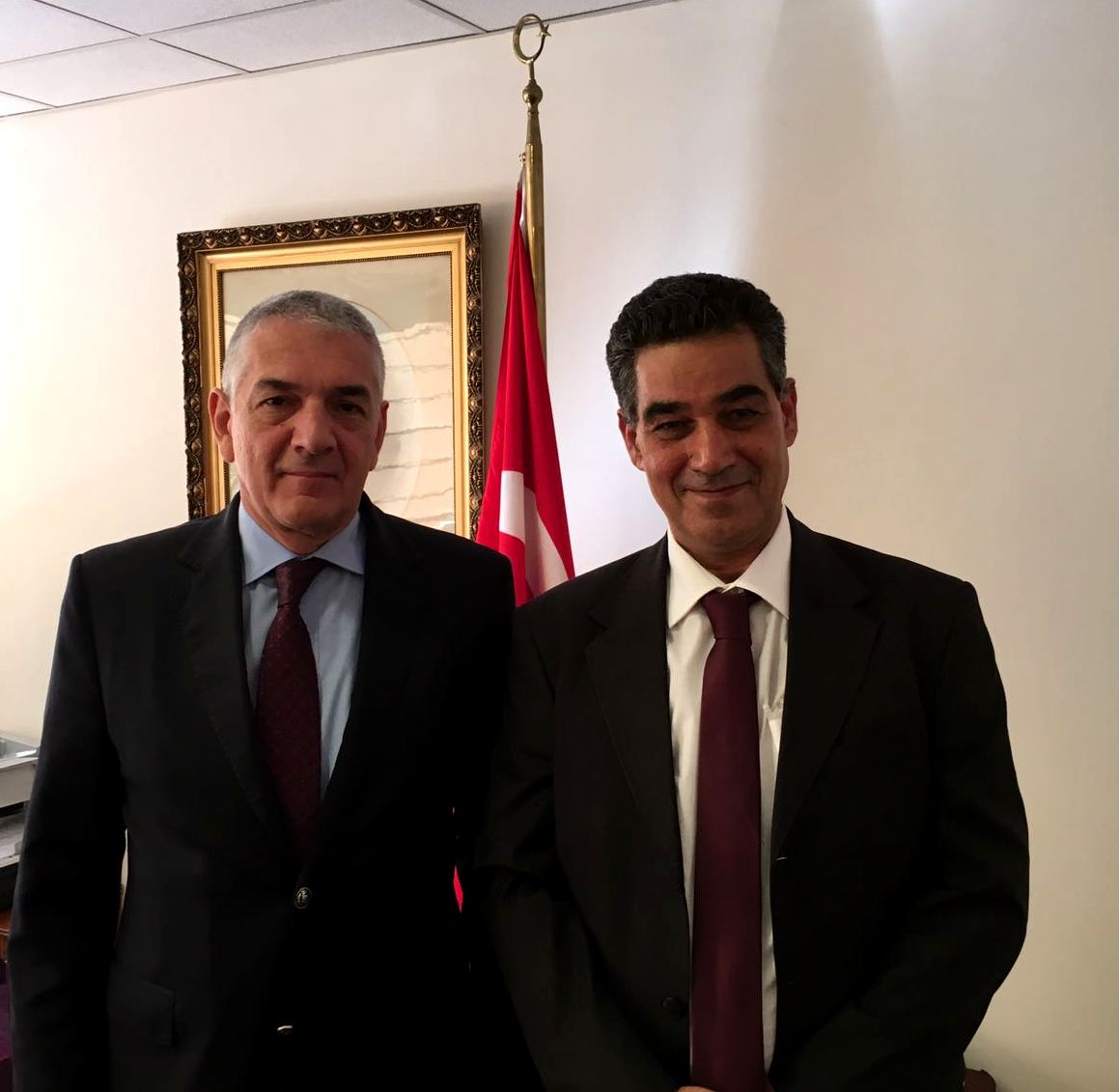 Visit to the Embassy of Turkey in Madrid

Continuing with his visits to the diplomatic services of the IOC member countries in Madrid, the Executive Director of the IOC, Mr Abdellatif Ghedira, again met with H.E. Mr Omer Onhon, the Ambassador of the Republic of Turkey, having already met together in February. Mr Ghedira was accompanied on this visit by Mr Mustafa Sepetçi, IOC Deputy Director for Financial and Administrative Affairs since July 2016, and also a Turkish national.

Mr Ghedira welcomed Turkey’s signature on 14 September of the new International Agreement on Olive Oil and Table Olives, 2015, and invited Mr Onhon to call on the competent authorities in his country to deposit the instrument of ratification of the Agreement with the United Nations Organization in New York – the depositary – before the end of 2016 or, should this not be possible, to submit a notification of its provisional implementation as of 1 January 2017. Mr Ghedira recalled that this step is fundamental to ensure that the Agreement enters into force on schedule.

The Executive Director and the Deputy Director of the IOC took the opportunity to encourage Turkey to submit activity proposals for the celebration of World Olive Day on 26 November. The Executive Secretariat will begin its celebrations on 24 November, on the occasion of the 104th ordinary session of its Council of Members, which will be held in Madrid from 22 to 25 November.