Home / Blog / The olive tree: the most important tree in Jordan 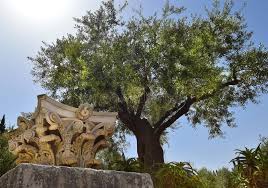 The olive tree: the most important tree in Jordan

Amman - According to statistics announced at the 51st meeting of the Advisory Committee of the International Olive Council at the Amman Chamber of Industry, the olive tree generates approximately 100 million dinars for the Jordanian economy.In his opening statement, the Minister of Agriculture, Khalid Hanifat, said that the olive tree is a by-word for agriculture in Jordan, and is the most important tree in the forestry sector. He pointed out that the olive area in Jordan covers 77% of the tree-planted area and accounts for approximately 24% of the total cultivated area. The 51st meeting of the IOC Advisory Committee was organised by the Ministry of Agriculture, in cooperation with the Jordan Association of Olive Producers and Exporters (JOPEA) and the International Olive Council, with the participation of 80 representatives from 20 countries. The Minister said that the meeting was the result of a constructive and productive cooperation and partnership between public and private stakeholders in the olive sector, reflecting positively on the progress it had made. He added that the olive sector is moreover strategic in combating poverty and unemployment.

The Minister pointed to the development of the olive sector in recent years in terms of olive acreage, the use of production inputs, modern management methods, increased reliance on integrated management, and the move towards the introduction of automatic harvesting, which helped to increase production and improve product quality. He highlighted the role of the private sector and the need to expand its participation in and increase its impact on the olive industry. The Chairman of the Board of Directors of the Amman Chamber of Industry, Ziad Al-Homsi, said that the last decade had witnessed significant development in the cultivation of olives, which had led to an expansion of cultivated areas and the introduction of modern management methods. This resulted in increasing productivity and improved quality of Jordanian production. The statistics estimate annual income from olive products at 100 million dinars, in addition to the volume of investments in this sector estimated in the hundred millions, on the basis of the value of the land used for olive growing and industry.