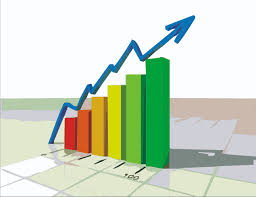 Madrid – In the last 25 years, world consumption of olive oil has increased by 1 million tonnes (t): from 1.8 million t at the beginning of the 1990s to 3 million t in the 2016 crop year. These data were provided by the Observatory of the International Olive Council (IOC) at the Sol&Agrifood fair held in Verona. “Global production and consumption of olive oil is balanced, but we need to produce more virgin olive oil worldwide”, indicated Abdellatif Ghedira, Executive Director of the IOC in Madrid, adding that “rising global demand for a quality product requires all our efforts to support the member countries of the IOC in satisfying this growing demand”.IOC member countries account for the largest proportion of consumption worldwide and, among these, European countries take the largest share, while some 800 000–900 000 t are consumed by countries that are not yet part of the IOC. The consumption share of these countries has practically tripled in the last 25 years and is one of the most interesting areas of work in terms of market competition and regulation. This is the IOC’s main area of action, “seeking to establish common standards on olive oil chemistry and customs codes”, Ghedira explained, adding that “we have an important mission to accomplish: standardising trade, stabilising the market, bringing about more production worldwide, while ensuring the quality of the product and thereby rewarding the efforts and investments made by the actors in the global olive sector”.The Americas figure prominently among the main non-IOC consumers of the 2017/18 crop year: the USA is expected to consume 300 000 t, Brazil 60 000 t and Canada 39 500 t. Among non-European IOC member countries, Turkey accounts for the largest share of consumption with approximately 160 000 t, followed by Morocco with more than 120 000 t. In Europe, Italy takes the lead with more than 557 000 t, followed by Spain with approximately 470 000 t. In Asia, Japan is expected to consume 55 000 t and China 45 000 t, while in Oceania, Australia should account for 45 000 t. In the Middle East, Saudi Arabia is in the lead with almost 20 000 t.