Home / Blog / THE MISSION OF THE INTERNATIONAL OLIVE COUNCIL 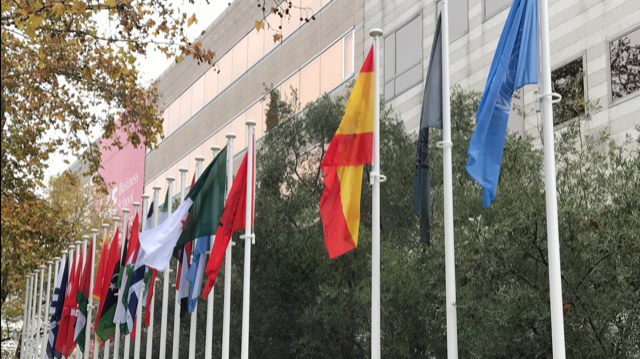 THE MISSION OF THE INTERNATIONAL OLIVE COUNCIL

Throughout its history, the IOC has undergone structural changes driven both by the evolution of regional policy and by the growth in olive oil consumption beyond its traditional area.

The International Olive Council (IOC), the only international body dedicated to olive oil and table olives, was created under the auspices of the United Nations in 1959. Headquartered in Madrid, Spain, the IOC is tasked with administering the various international agreements negotiated over the past 60 years, with the aim of defending and promoting olive growing, olive oil and table olives. The sixth agreement, the International Agreement on Olive Oil and Table Olives 2015, was negotiated between 5 and 9 October 2015 on the basis of the text adopted by the Council of Members. It was adopted in Geneva at the United Nations Conference on Trade and Development and came into force on 1 January 2017. Throughout its history, the IOC has undergone structural changes driven both by the evolution of regional policy and by the growth in olive oil consumption beyond its traditional area. Five Agreements have governed the destiny of the Organisation since its creation until 2015. These changes have led the IOC to adapt to new circumstances. The negotiations of the sixth Agreement saw the introduction of certain changes that revitalised the entire regulatory and operational structure and, above all, opened the doors for consumer countries to become members for the first time. These changes include: • Encouraging the expansion of the international trade of olive oil and table olives, on the basis of obligatory trade standards for Members that were developed internally and are regularly updated in order to defend the quality and fairness of trade; • Supporting international technical cooperation through research and development projects, training and the transfer of technology; •  Boosting the integrated, integral and sustainable development of olive growing and the olive industry and enhancing their relationship with the environment and the preservation of genetic resources of the olive tree; •  Promoting olive oil and table olives to consumers using plans of action and promotion campaigns; •  Spreading clear and precise data and statistics on the global market of olive oil and table olives; •  Giving government representatives and experts the opportunity to meet regularly to discuss issues and set priorities; •  Working closely with representatives of diverse actors in the private sector (producers, processors, businesspeople and consumers).