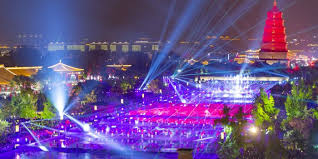 PROMOTION IN CHINA AND JAPAN

The guests took part in a tasting session where they tried four oils: one with a defect, one composed of a blend of refined olive oil and virgin/extra virgin olive oil and two extra virgin oils. The IOC representatives gave a detailed presentation on changes in the olive oil market in China and around the world. Participants also had the opportunity to attend a cooking demonstration where renowned chefs recreated local recipes with olive oil and nutritionists explained the health benefits of olive oil.

The Head of the Economy and Promotion Unit also took part in a meeting in Beijing organised by the Vegetable Oil Association. In attendance were Mr Gu Shaoping, the Deputy Director General of the State Administration for Market Regulation of the People’s Republic of China, Department of Food Production Safety Regulation; representatives of importing companies, producing regions, such as Longnan, Gansu and the Foresty Academy; and officials from the Spanish Embassy in Beijing.

The event saw the first ever discussions on including sensory analysis in the Chinese national standard and a certification programme for extra virgin olive oil. This programme would start as a project in a producing company in the Gansu region and could later be applied to both domestically produced oils and imported oils.