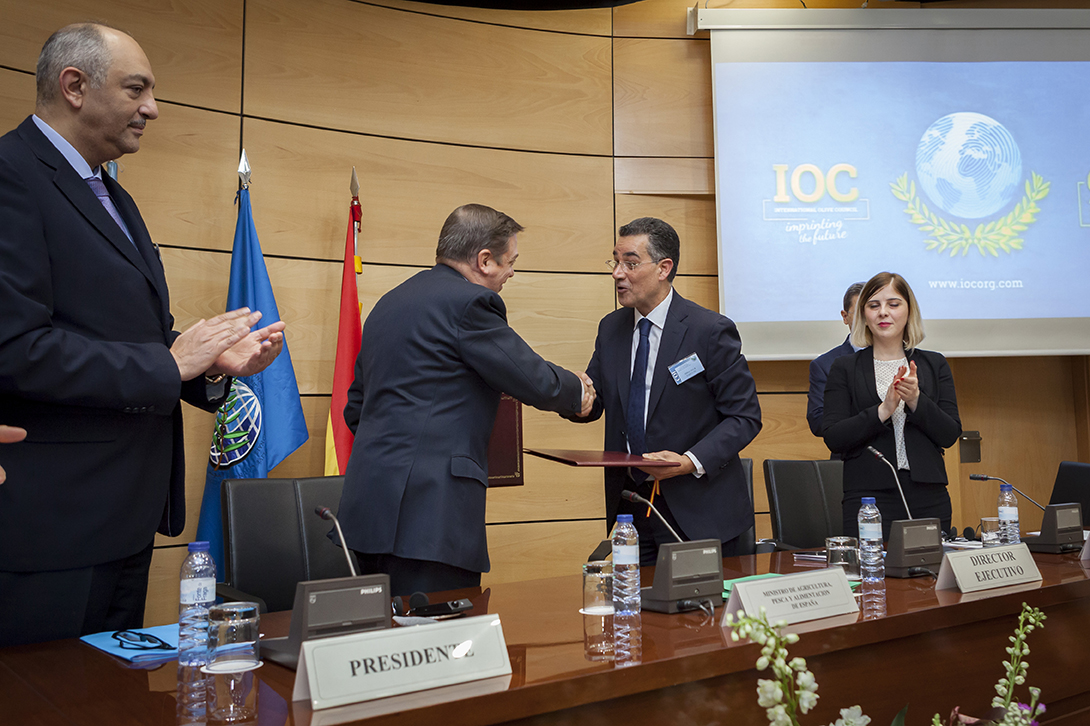 The Agreement governing the IOC building was signed on 28 November

The 27 articles that make up the new Headquarters Agreement outline the privileges and immunities of the International Olive Council and establishes its relationship with the Kingdom of Spain. The Agreement was signed by the Executive Director, Abdellatif Ghedira, and the Spanish Minister of Agriculture, Fisheries and Food, Luis Planas, on 28 November 2019 at the 60th anniversary celebrations of the Organisation. The text recognises, inter alia, the inviolability of the headquarters building in order to safeguard the aims and objectives of the IOC in the international field.

The Agreement was signed during a public ceremony for World Olive Day which was attended by government officials and representatives from the diplomatic corps. The day had just been officially recognised by UNESCO and added to its List of Intangible Cultural Heritage.