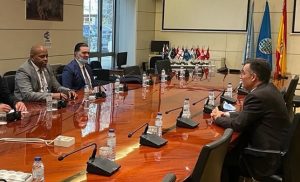 Several topics were discussed during the meeting, including the strengthening of cooperation ties between the two parties, the development plan of the Libyan olive sector, which is being finalized between the Libyan stakeholders and which will be communicated to the IOC in the coming weeks.

Furthermore, the Libyan official requested the support of the Organisation to develop agreed laboratories for the chemical and sensory analysis of olive oils.

At the end of the meeting, it was decided to organise a videoconference bringing together the IOC experts and representatives of the Libyan departments concerned by the olive sector.

Before leaving, the Libyan Vice Minister and the IOC Executive Director posed for a photo session to commemorate the meeting. The visit was held on Monday 27 December 2021. 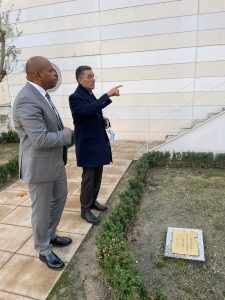 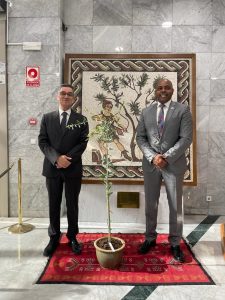