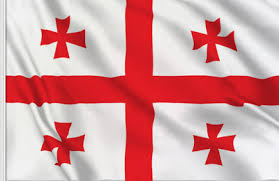 On 9 November 2019 Georgia has completed the formalities for the deposit of the instrument of accession to the International Agreement on Olive Oil and Table Olives, 2015, at the General- Secretary of the United Nations in New York. With the accession of Georgia, the members belonging to the IOC rise to 17.

Georgia is Welcome as IOC’s 2020 Chair. The International Agreement on Olive Oil and Table Olives, 2015, provides that the Council of Members nominate a Chair for one year from among the delegations of the Members. The Chair of the IOC in 2020 (January–December) is held by the delegation of Georgia, represented, as president, by Mr. George Svanidze public figure, Maecenas, adviser to the minister of the Environmental Protection and Agriculture of Georgia.

Mr. Svanidze is an active Philanthropist. He has built and restored several churches and monastery complexes. He has built residential complexes for children with disabilities and contributed funds to Orphanages indifferent locations. Furthermore, he has created multiple amusement parks for children and he is the owner of the largest Georgian olive oil company. Mr. George Svanideze’s CV is published below.