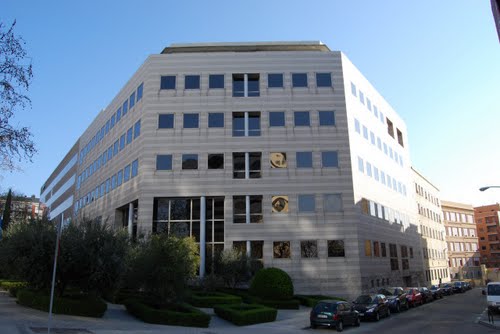 Madrid – On 19 and 20 February, the headquarters of the International Olive Council (IOC) hosted the meeting of a working group set up by the Advisory Committee to prepare a report on possible improvements to the method for the organoleptic assessment of virgin olive oil.

At the opening of the meeting, the Executive Director of the IOC, Mr Abdellatif Ghedira, thanked the experts for their request to meet at the headquarters of the Organisation. He recalled the importance of this Advisory Committee, which the Council of Members of the IOC created in 1992 with a view to strengthening collaboration between the various operators in the olive sector by creating a forum in which they could present their opinions and recommendations to the decision-making body of the Organisation.

Mr Ghedira recalled that the meeting followed a recommendation made at the 50th meeting of the Advisory Committee, approved by the Council of Members of the IOC, to present proposals to improve the application of the method for the organoleptic assessment of virgin olive oil. These proposals will be submitted to members of the Advisory Committee and then to the 107th session of the Council of Members in June.

Mr Ghedira also recalled that the meetings of the working groups and of the Advisory Committee were private sessions and that he had been made aware of the circulation of misleading information concerning the objective of the group’s work. He invited the chairperson of the Advisory Committee to take the necessary measures to correct the statements that had been published.

For his part, the chairperson of the Advisory Committee of the IOC, Mr Ali Ben El Hadj M´Barek, thanked the Executive Secretariat of the IOC for its hospitality, and the members of the working group for their participation. He also recalled the role of the Committee and the objective of that particular meeting, which was to prepare a report for the IOC Advisory Committee on possible improvements of the method for the organoleptic assessment of virgin olive oil.

Mr M’Barek said that he had taken note of the misleading information that had been published and indicated that he would notify the Advisory Committee so that the necessary measures could be taken.