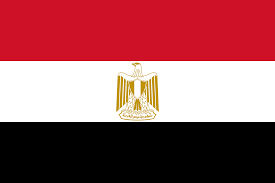 Madrid – A highly cordial meeting was held between the Executive Director of the IOC Abdellatif Ghedira and the Minister of Foreign Affairs of Egypt Sameh Shoukry at the area reserved for diplomatic authorities at the International Adolfo Suarez Madrid-Barajas Airport. As seen in the accompanying photograph, Mr Shoukry presented the IOC Executive Director with the President of Egypt’s endorsement of his country’s accession to the International Agreement on Olive Oil and Table Olives, 2015. This is the document that resulted from the deliberations of the Parliament of Egypt concerning accession to the International Agreement, which was approved last January and sent to the United Nations in New York for its final approval. The Minister was accompanied by the Ambassador of Egypt to the Kingdom of Spain Omar Ahmed Abdel Wahab Selim.