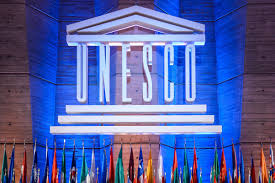 Andalusia is seeking recognition by UNESCO as a world heritage

Jaén – Andalusian Community gathered for a ceremony of Accession To The Declaration Of The Landscapes Of Olivar Of Andalucia As A Cultural Landscape World Heritage By Unesco in Jaen. The IOC was invited to honour the activity and make a speech. The Deputy Executive Director of the IOC, Mustapha Sepetçi, represented the IOC and addressed to the participants by clarifying possible yields of this recognition for the area after delivery of diplomas to the contributors. Then, the president of Diputacion de Jaen, Francisco Reyes Martines, made a speech and declared that the file we will presented until the end January to the Ministry of Education and Culture. Olive oil has shown itself to be a product that unites people. This cultural heritage involves areas of production that build economies responsible for generating work for millions of people and wealth for producers. Before concluding, all participants were invited to the ground floor garden and the photos had been taken on memory of the ceremony.