Home / Blog / Interest from New Zealand in the IOC 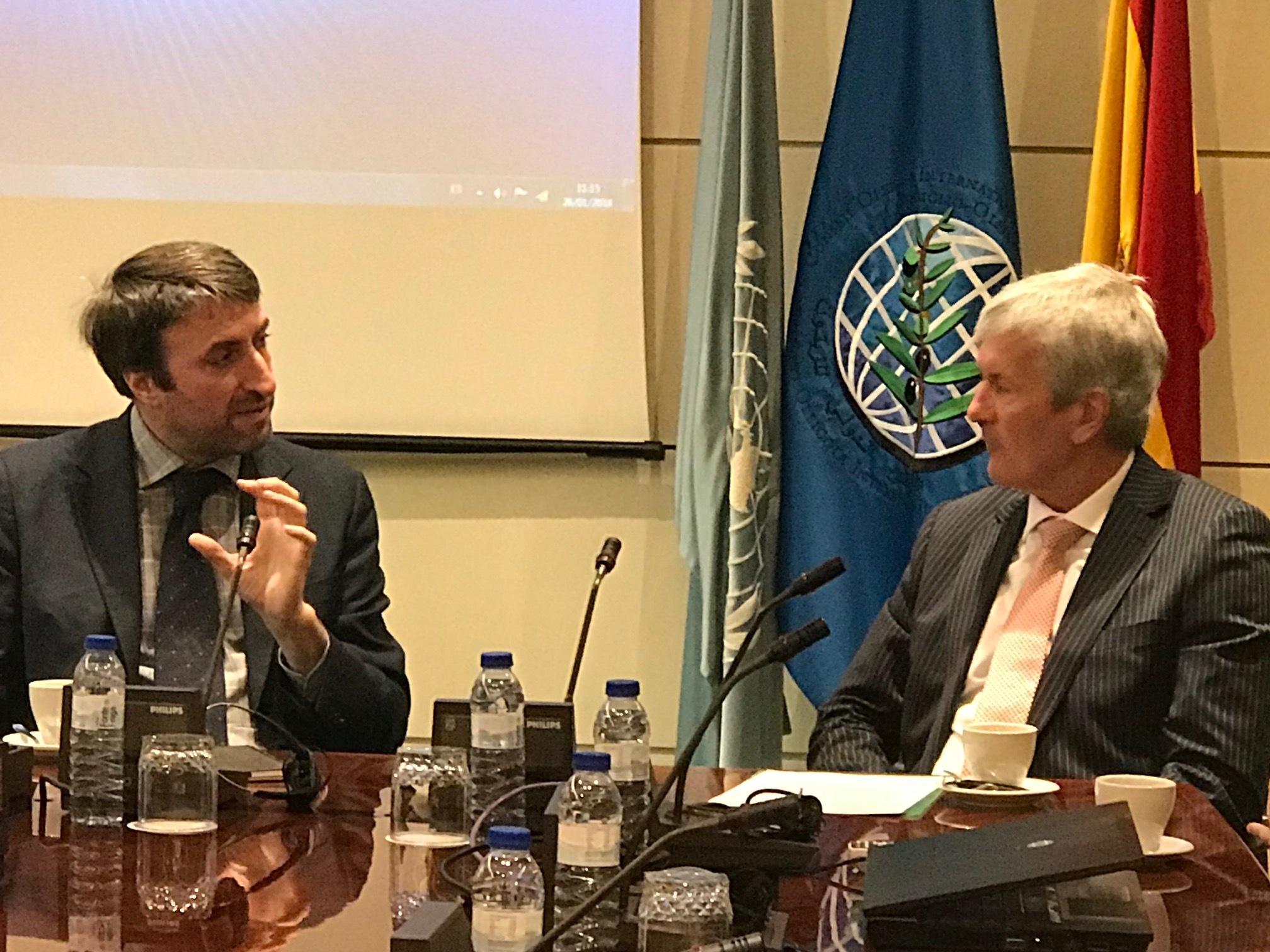 Interest from New Zealand in the IOC

Madrid – Mr Damien O’Connor, Minister of Agriculture of New Zealand, accompanied by H.E. Ambassador Mr Andrew Jenks, and their respective staff, made an official visit to the headquarters of the IOC today. They were received by the Deputy Executive Directors Jaime Lillo and Mustafa Sepetçi, representing the Executive Director Abdellatif Ghedira, who was on mission abroad. Minister O’Connor expressed his satisfaction at the meeting and the positive exchange of information on the activities carried out by the IOC, as presented by the Deputy Executive Directors. At the end of the meeting the visitors were invited to participate in an olive oil tasting under the guidance of Dr Mercedes Fernandez, the Head of the Olive Oil Chemistry and Standardisation Department of the IOC. Others to participate in the official visit were the Internal Comptroller, Ingrid Garcia Reyes; the Head of the Financial and Administrative Units, Félix Madrid; the Head of the Legal Department, María Juarez; the Head of the Economy Department, Maria Isabel Gomez; and the Head of the Observatory and Information Systems Department, Michele Bungaro.