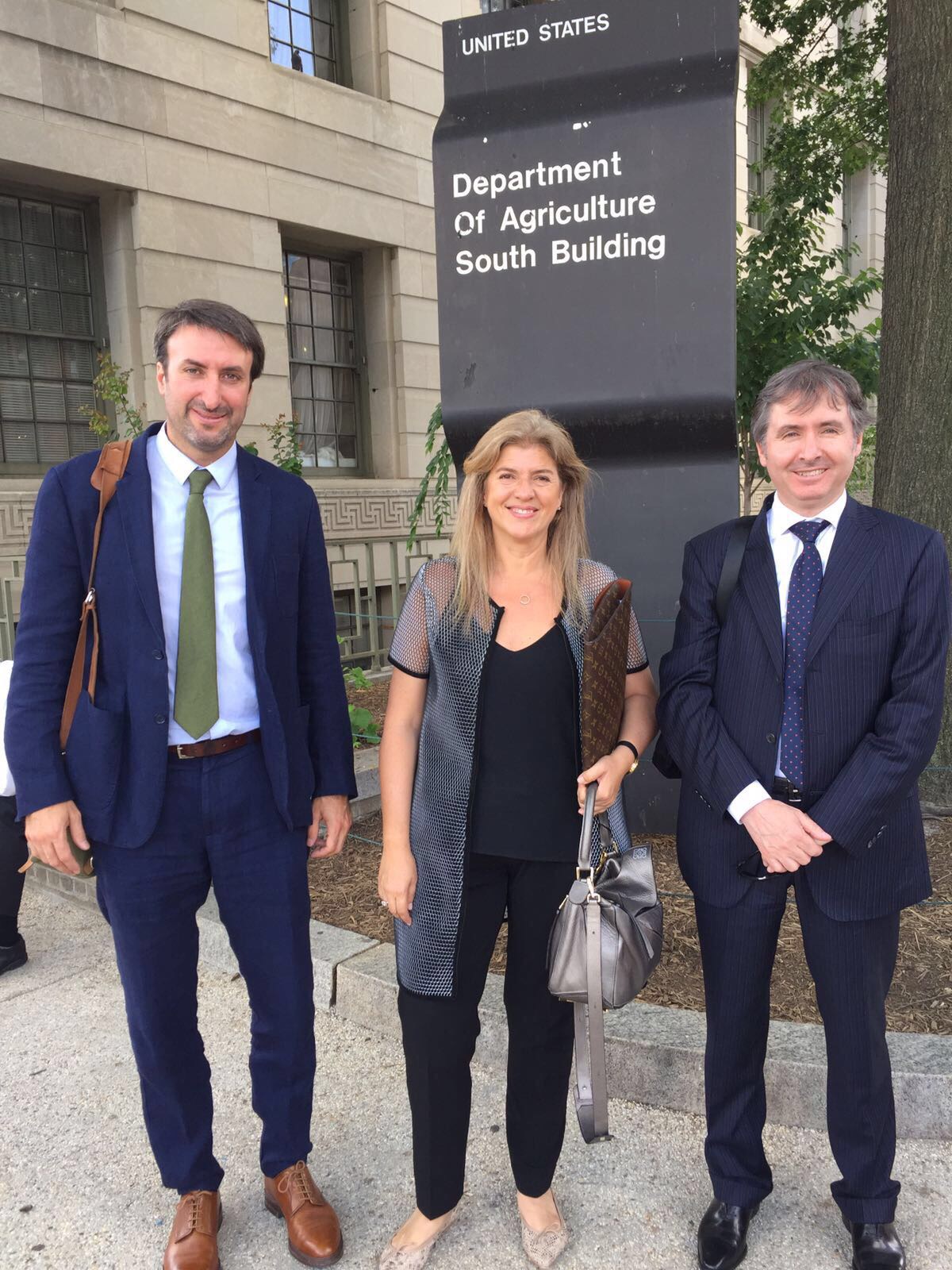 IOC Mission to the United States

As announced at the 105th session of the Council of Members of the IOC, staff members of its Executive Secretariat participated in a mission to the United States with the aim of examining the possibility of launching a campaign for the promotion of the consumption of olive oil and table olives in that country.

This mission, which included the Deputy Executive Director for technical, economic and promotion matters and two Heads of Unit (Olive Oil Chemistry and Standardisation and Promotion) also sought to provide confirmation of the IOC’s intention to welcome new members into the Organisation, with a view to strengthening ties between producer and consumer countries and achieving the harmonisation of national trade standards with the IOC’s international standard. The IOC team attended the summer meeting of the North American Olive Oil Association and visited the stands of olive oil and table olive producers at the Fancy Food Show in New York. Contacts had been established in advance for the organisation of meetings with national representatives of IOC member countries and with other non-member producer countries.

The IOC delegation then travelled to Washington DC, where it met with diplomats of the embassies of member countries at a meeting organised in collaboration with the permanent delegation of the European Union. The visit also provided the opportunity to establish contacts with the authorities of various government departments, namely the US Department of Agriculture, and the US Food and Drug Administration.

The IOC mission continued on to California, where the Executive Secretariat team met with members of an association of producers and with researchers at the University of California, in Davis.

The USA is currently the second biggest consumer of olive oil in the world, with an average of more than 300 000 tonnes a year in recent crop years, just behind the European Union, which is also the first exporter. According to the California Olive Oil Council, the State has more than 400 producers growing more than 75 varieties of olives. Olive growing covers approximately 18 000 hectares and national production stands at an annual average of 5000 tonnes.