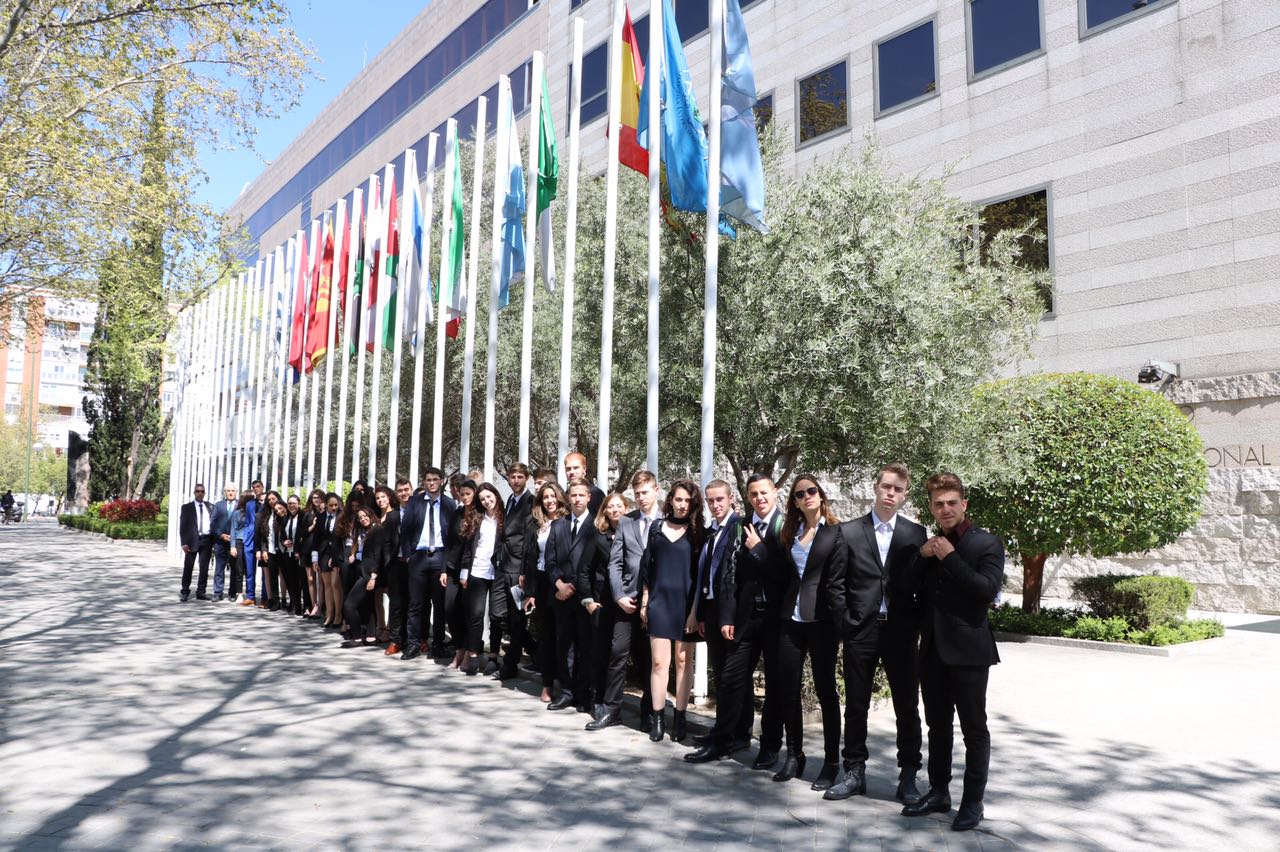 Over the past few weeks, the Executive Director of the IOC, Abdellatif Ghedira, has participated in various sectoral events, including the World Olive Oil Exhibition, held in Madrid at the end of March, and at which he gave a presentation on the world olive oil economy.

On 6 April, a delegation of students from the Israeli Centre for Young Leaders visited the Executive Secretariat alongside Ambassador Yitzhak Eldan, who is President of the Israeli Young Ambassadors School (photo). They were received by IOC officials who talked to them about the Organisation’s activities.

The Secretary-General of the United Nations in New York has notified the IOC of the accession of Libya, on 6 April, and Palestine, on 9 April, to the International Agreement on Olive Oil and Table Olives, 2015.

On 18 April, a delegation of ambassadors and diplomats in Madrid participated in the raising of the Palestinian flag in front of the IOC headquarters.

In the next few days, Mr Ghedira will be travelling to Jordan to take part in a seminar, and then on to Turkey, where he will be awarding a national olive oil quality prize and inaugurating an olive tree route.