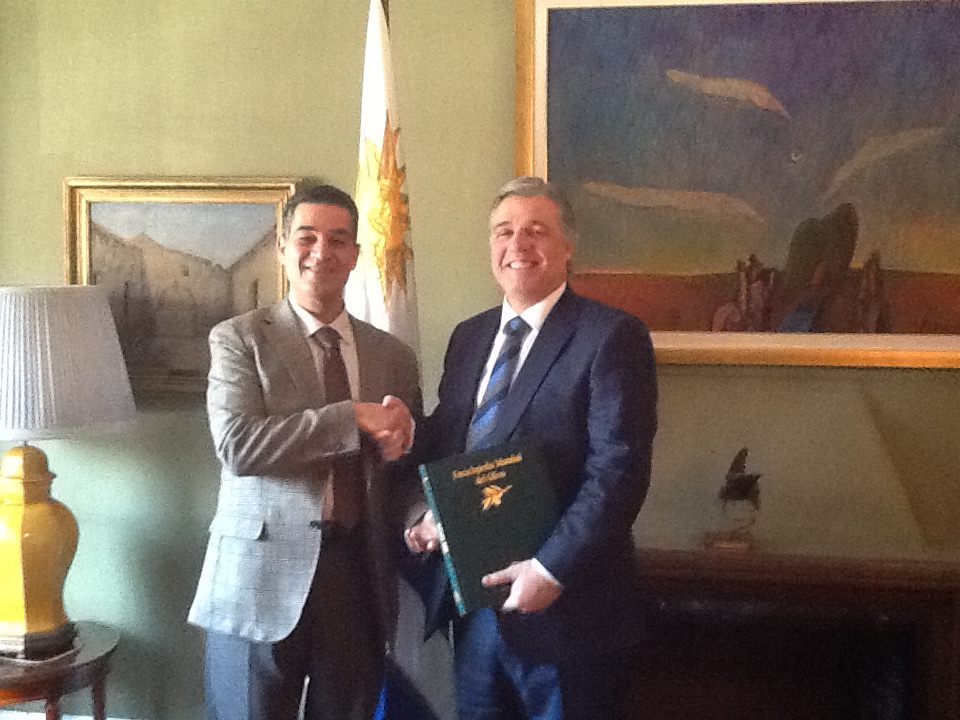 The IOC Executive Director, Mr Abdellatif Ghedira, recently paid a visit to the Ambassador of the Republic of Uruguay to Spain, H.E. Francisco C. Bustillo Bonasso. The appointment with the Ambassador, who has headed the Uruguayan Embassy in Madrid since 2013, took place on 1 March 2016.

The Executive Director highlighted the importance of Uruguay within the IOC. This country will take on the chair of the Organisation this May and will be entrusted for one year with managing a particularly important period for the IOC when it is embarking on a process of reorganisation and modernisation of its structures.

The Executive Director also presented the new International Agreement on Olive Oil and Table Olives – scheduled to enter into force in January 2017 – and gave the Ambassador the gift of a copy of the Spanish-language edition of the World Olive Encyclopaedia.