Home / Blog / The Executive Director meets with the Ambassador of Morocco 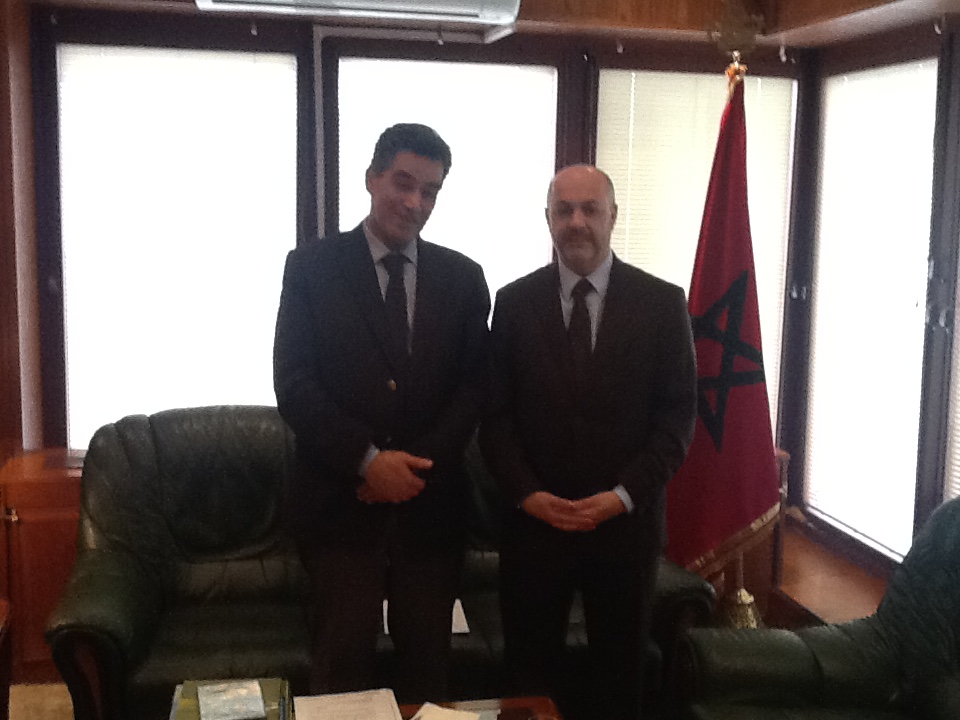 The Executive Director meets with the Ambassador of Morocco

The IOC Executive Director, Mr Abdellatif Ghedira, has recently paid a visit to the Ambassador of Morocco to Spain, H.E. Mr Mohamed Fadel BEN YAICH. The appointment with the Ambassador, who has headed the Moroccan Embassy in Madrid since 2014, took place on 10 February 2016.

This meeting is one of a schedule of visits planned by the Executive Secretariat with the Ambassadors of the IOC member countries, aimed at tightening cooperative ties with Members.

The Executive Director gave the Ambassador a copy of the new International Agreement on Olive Oil and Table Olives, which will be in force from 1 January 2017 until 31 December 2026, and explained the major changes vis-à-vis the preceding Agreement, notably that the IOC opens its doors to consumer countries and strengthens its activities at particular points along the commodity chain.

When taking leave of the Ambassador, the Executive Director presented him with a dedicated copy of the French-language version of the World Olive Encyclopaedia published by the IOC.