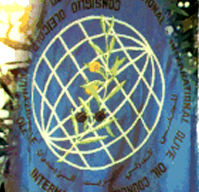 The Council of Members of the International Olive Council met recently to discuss developments in the activities coordinated by the Executive Secretariat since its preceding session.

Meeting between 2 and 6 June 2014 at IOC headquarters in Madrid, the Council heard reports on the progress in the ongoing work of the chemistry expert groups and in the activities implemented in the projects underway on irrigation management (IRRIGOLIVO), the conservation of genetic resources (RESGEN), pilot demonstration and training olive nursery centres and the world olive collections in Marrakech (Morocco), Izmir (Turkey) and Cordoba (Spain). Members were told about the planned IOC guide to good practice concerning CO2 balance in the life cycle of olive oil and learned that the Executive Secretariat intended to develop a software tool allowing users to calculate the CO2 emitted and captured in the production of one litre of olive oil.

The Council of Members noted that the Executive Secretariat would be organising two seminars this coming October. One is to be held in Marrakech to mark the end of the IRRIGAOLIVO project. The other will take place in Tunis and will deal with genetic olive resources and the preliminary results of the olive nursery project. Among other things, the idea is to hold an international course on plant propagation techniques. The Council also opted in favour of publishing a second call for applications for grants for technical assistance and extension activities and activities to promote olive oil and table olives. It instructed the Executive Secretariat to continue working with associations on a draft self-monitoring agreement designed as a tool to combat oil adulteration and another agreement to promote a seal certifying conformity with the IOC standard in import markets.

Looking ahead to 2015, Members gave the green light to hold two editions of the IOC Mario Solinas Award. This is aimed at increasing the number of entries, particularly from the southern hemisphere. It also gave the go-ahead for the Award Ceremony to be held during the Summer Fancy Food Show in New York City in June 2015.

For its autumn session, the Council of Members requested the Executive Secretariat to prepare a draft 2015 budget reflecting the outcome of session discussions on the proposed activities for next year. These include continuing the funding of the PhDs of four students, awarding scholarships for the 13th university expert course in virgin olive oil tasting at the University of Jaen, organising an international course for leaders of virgin olive oil tasting panels and an international seminar on the carbon footprint, launching a generic promotion campaign in Japan and running a grant funding programme for promotion and technical assistance in the member countries, the scope of which will be definitively decided at the regular session in November 2015.

The session also coincided with a meeting of the Working Group on the Future of the IOC, which assembled to examine part of the articles in the current Olive Oil and Table Olive Agreement and to continue exchanging views.