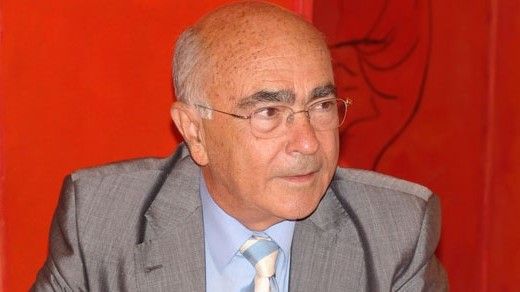 Madrid - It is with great sadness that on 23 August we bid farewell to Juan Vicente Gómez Moya, a beloved member of the IOC family who served as Chair of the Advisory Committee for a number of years.

Born in Valencia in 1940, he graduated in law and was a state commercial technician before holding important positions in the public administration of various Spanish cities. He was commercial counsellor at the Spanish Embassy in Paris as well as director of food products promotion at the Spanish Institute for Foreign Trade (Spanish acronym ICEX). He dedicated many years of his career to the olive sector as the director of ASOLIVA, the association of Spanish olive oil exporters, until retiring in 2009. He was awarded the Order of Civil Merit by the Ministry of Agriculture, Fisheries and Food of Spain in 2010 for his excellent service.

We at the IOC would like to join his family in saying goodbye and giving our thanks to not only a great professional, but also a great friend. His hard-working attitude and infallible sense of humour will be dearly missed by those lucky enough to know him and to have worked alongside him. We will always remember him and the role he played in making our history.