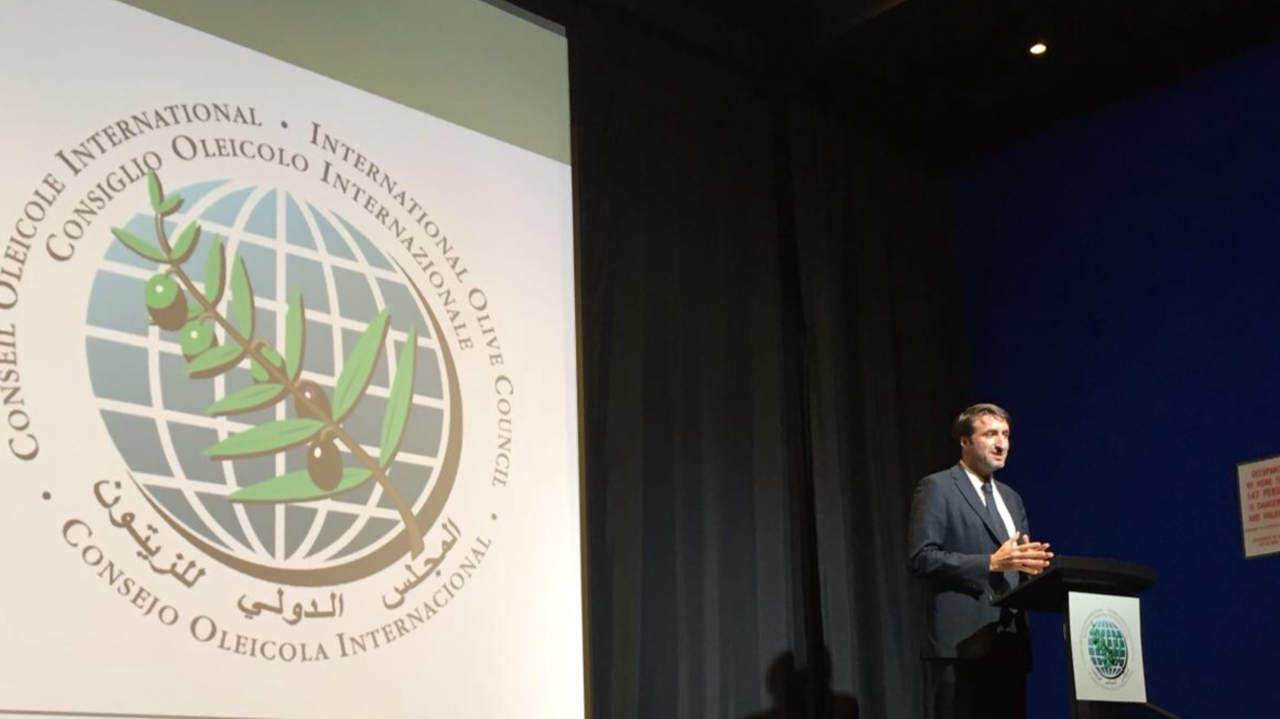 New York – This year, the Mario Solinas award ceremony was held in New York and was attended by an IOC delegation, led by Deputy Executive Director Jaime Lillo (photographed). The public, which was predominantly from the consumer sector, was able to appreciate the efforts made by the IOC for the promotion of its trade standard and the quality of extra virgin olive oil. Mr Lillo, who was accompanied by the Head of the Economy and Promotion Unit, Ender Gündüz, and by the Head of the Standardisation and Research Unit, Mercedes Fernandez, gave a presentation on the IOC’s mission and its activities in the areas of olive oil chemistry, technology and environment, and promotion and training. He also shared key information on standardisation activities and the trends in the world olive oil and table olive market. A more detailed report on the event will be published in the coming days.