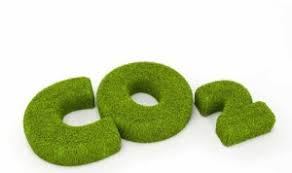 Madrid – Olive oil production is generally beneficial: it is not only good for health but also for the environment. Provisional scientific studies conducted by the International Olive Council (IOC) indicate that a hectare of olive trees cancels out one person’s annual carbon footprint; the production of a litre of olive oil captures 10.64 kg of atmospheric carbon dioxide (CO2); and the world production of olive oil could absorb the emissions of a city of more than 7 million inhabitants such as Hong Kong. This provisional data was provided by the IOC at the SOL&Agrifood fair held in Verona. “These data are as yet unconfirmed and are being verified by the IOC,” the IOC Executive Director, Abdellatif Ghedira, reiterated in a declaration. “We can nevertheless confirm that olive oil production is beneficial for the environment since these data indicate that the olive tree is the tree with the greatest capacity for absorption of atmospheric CO2”.

Since 2012, a group of experts has been studying the phenomenon of the production of CO2 in relation to the production of olive oil worldwide.  In total, 132 sites in 13 countries have been analysed. Four macro-areas are considered: the western and eastern Mediterranean areas, and South and North America. Three European countries account for almost 67 % of olive oil production worldwide: with Spain in the lead, followed by Italy and Greece. These three countries account for 48 % of the world olive acreage. The provisional studies that are being considered take into account the nature of the soil, irrigation, the use of energy for irrigation, and whether orchards are traditional, intensive or super-intensive.