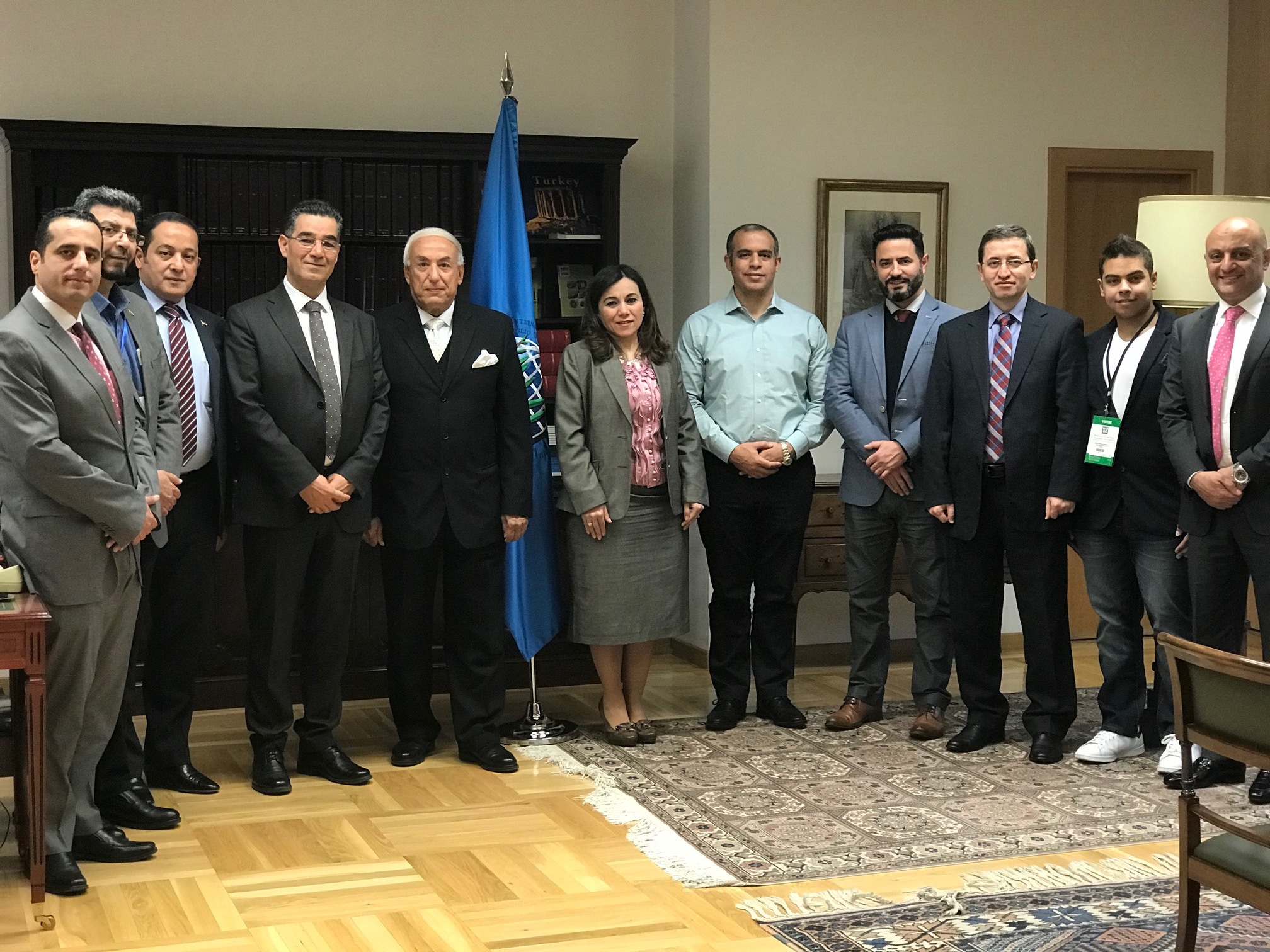 Egyptian delegation at the IOC

Madrid - On the occasion of the 2018 World Olive Oil Exhibition, a delegation of representatives of the Egyptian olive sector, accompanied by commercial attaché Mrs Noha Shetayya and  counsellor Mr Tarek Abdelfattah Mohamed Sirag, on behalf of the Ambassador of Egypt Ohmar Ahmed Abdel Wahab Selim, made an official visit to the headquarters of the IOC in Madrid and were received by the Executive Director Abdellatif Ghedira and by the two Deputy Executive Directors, Jaime Lillo and Mustapha Sepetçi.

Egypt is on the point of returning to the intergovernmental fold of the IOC. In January of this year, the Egyptian Parliament approved the country’s accession to the International Agreement on Olive Oil and Table Olives, 2015. This Agreement came into force on 1 January 2017 and is currently pending formal ratification by the General Assembly of the United Nations.

Egypt is one of the main players in the world olive sector, especially in the production of table olives as the first producer worldwide outside the European market. Its olive and olive oil production has seen much growth on the back of an investment programme to support joint ventures with foreign companies. Egypt’s participation in the International Olive Council is strategic in terms of pursuing a common path on standardisation, customs codes, environmental technology and measures, and of participating in the development of regulations and standards at the intergovernmental level.