Home / Blog / Libya increases its collaboration with the IOC 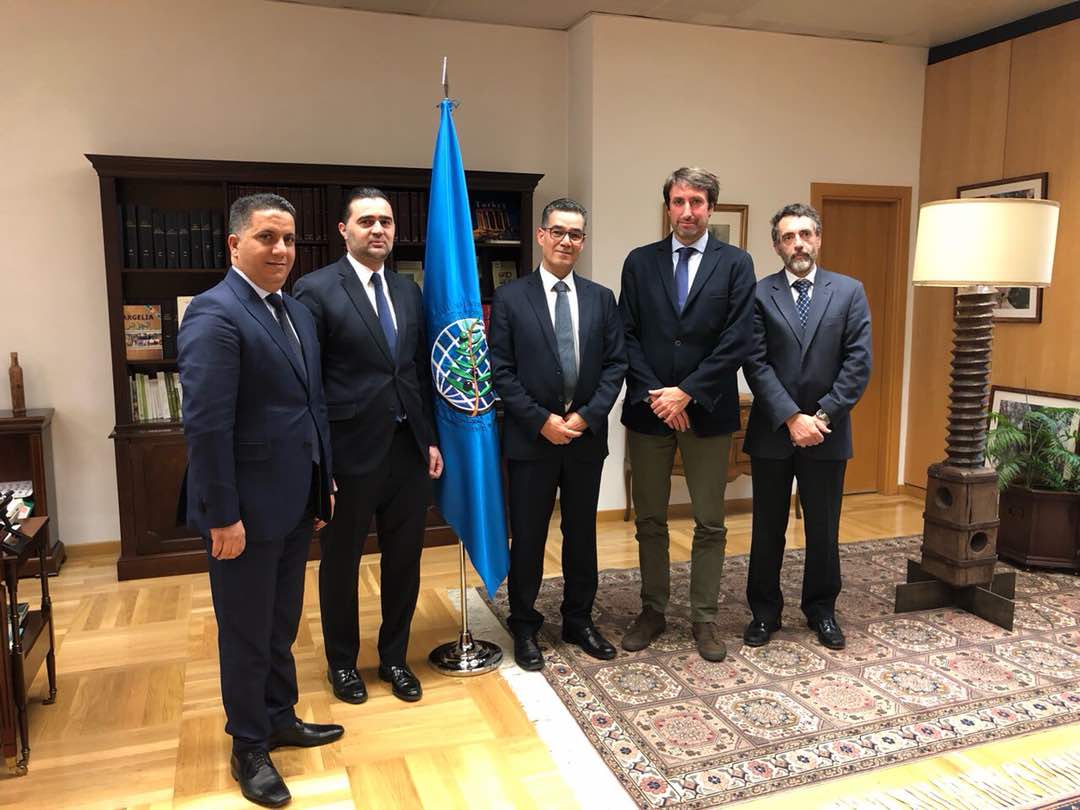 Libya increases its collaboration with the IOC

Madrid – Libya is making moves to take an increasingly active role in the intergovernmental structure of the International Olive Council (IOC). For Libya, olive growing is both a priority and an economic strategy. It is economically strategic because it introduces Libya into a privileged circle of institutions with a presence in forums recognised by the international community. This was the subject of a meeting held at the IOC headquarters between the Chargé d'affaires of the Embassy of Libya, Walid B.D. Abuabdalla, and the Executive Director Abdellatif Ghedira. The points discussed included the training of experts for the creation of an IOC-recognised tasting panel and testing laboratory; the organisation of an event in Libya to celebrate World Olive Day; and information sharing through the IOC Observatory to make the Libyan olive sector more competitive on the international market.

Mr Ghedira pledged the full support of the IOC to Libya and took note of the Government’s interest in increasing its focus on the olive sector, and sharing in the normative and institutional objectives of the IOC. Mr Ghedira also welcomed the government strategy to make olive growing a priority sector for the Libyan economy.