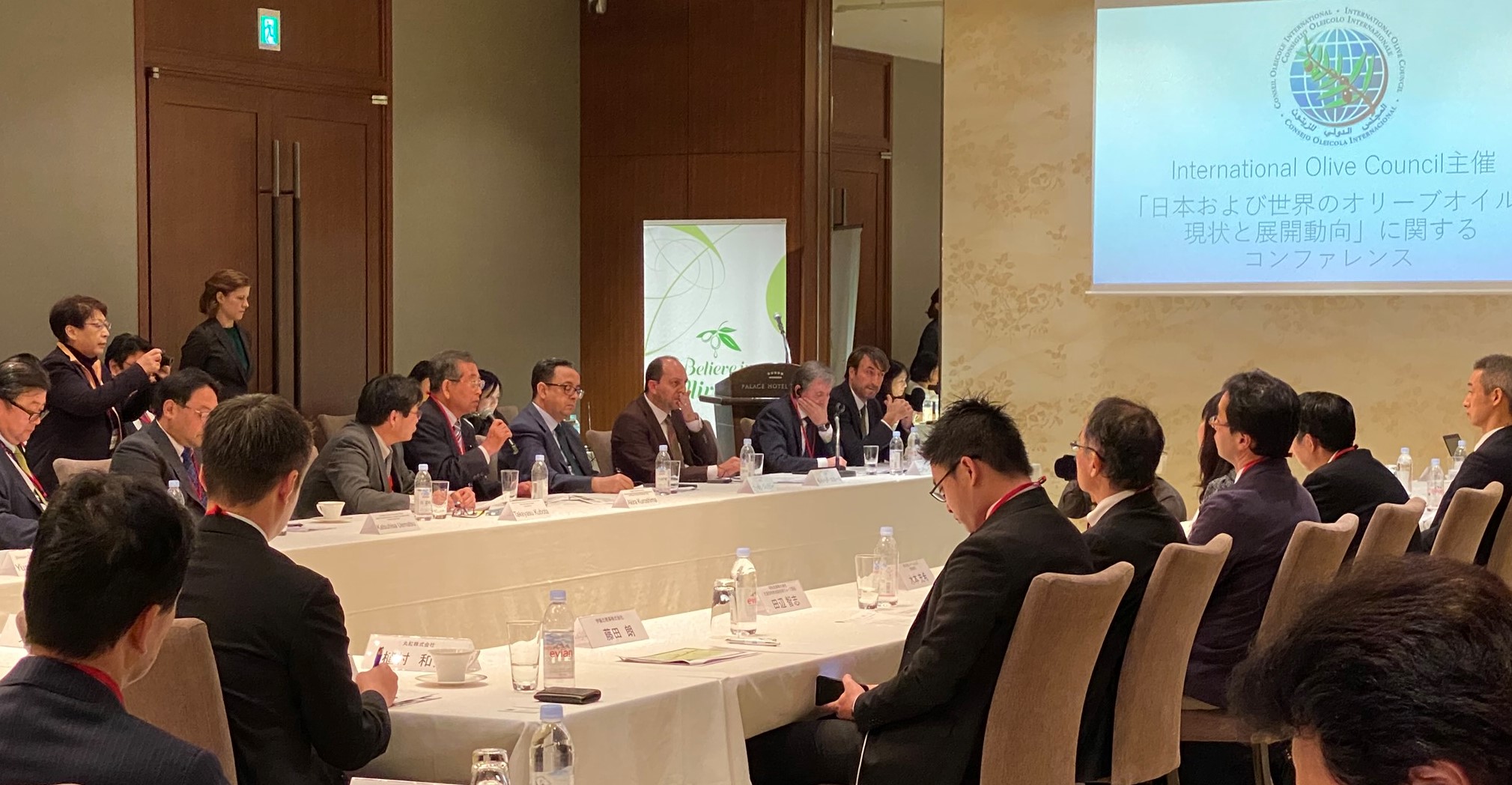 After China, the IOC carried out various activities in Japan

The Executive Secretariat held key events in Tokyo, Japan. On December 2019, the IOC gave a seminar entitled “Evolution of Current Markets, Expansion of Olive Oil in Japan and the World”, followed by a reception. The event united stakeholders from the Japanese olive sector: from national and regional parliamentary representatives to producers and importers.

The IOC was represented by its Deputy Executive Director, Jaime Lillo, and by the Head of the Economy and Promotion Unit. In attendance were Takeo Kawamura, a member of the House of Representatives of Japan, Chair of the Olive Study Group; Akira Kurokawa, from Kagawa Prefecture; Naoto Motokawa, from the Ministry of Agriculture; Akira Saito, General Manager of JOPA; representatives of JOPA member companies; and the press. The Ambassador of Tunisia, H.E. Mohamed Elloumi, represented the IOC member countries.

Speeches were given by Mr Lillo; Mr Saito, the Director General of JOPA; and Mr Shibata, the Chief Researcher and Group Leader of the Government of Kagawa Prefecture. All three stressed the importance of relations between Japan and the IOC, highlighting the importance of drawing up a new standard based on the IOC model for olive oils in Japan.