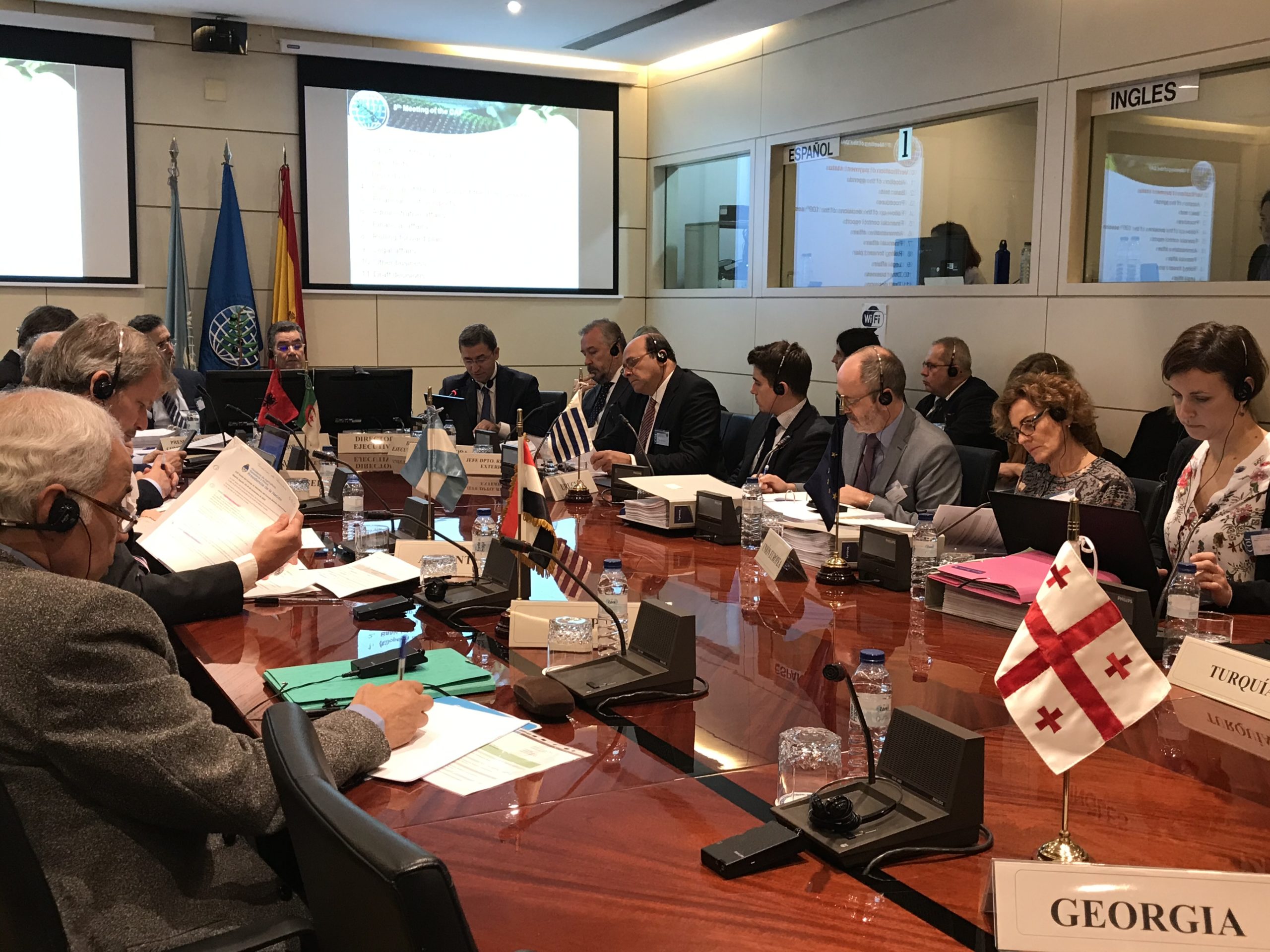 Outcome of the 110th session

The session began on Monday 25 November with Egypt as Chair: Georgia, the newest member of the IOC, will assume the Chair on 1 January 2020.

After an intense week of meetings, discussions and decision-making, the 110th session of the Council of Members concluded with 15 new decisions:

Draft decision No. dec-i.1/110-vi/2019 adopting the new Headquarters Agreement between the Kingdom of Spain and the International Olive Council;

The session began on Monday 25 November with Egypt as Chair. Meetings were held for the various committees of the IOC, dealing with issues related to administration and finance; economy and promotion; the Observatory; chemistry and standardisation; and technology and the environment. The week saw a number of events and achievements for the IOC. On Thursday 28 November, we celebrated World Olive Day, which was added to the UNESCO List of Intangible Cultural Heritage only the day before. It was also the 60th anniversary of the Organisation, and government officials and representatives from the diplomatic corps were invited to headquarters for a day of celebrations. The new Headquarters Agreement was signed that day, sealing the relationship between the Kingdom of Spain and the IOC. Also signed was an agreement between the IOC and the Santander Foundation, bringing the two institutions closer together. The latter organised a technical visit for the morning of 28 November for the guests, taking them on a guided tour of their collection of thousand-year old olive trees.

The session ended on Friday 29 November with the adoption of 15 new decisions. Georgia, the newest member of the IOC, will assume the Chair on 1 January 2020.