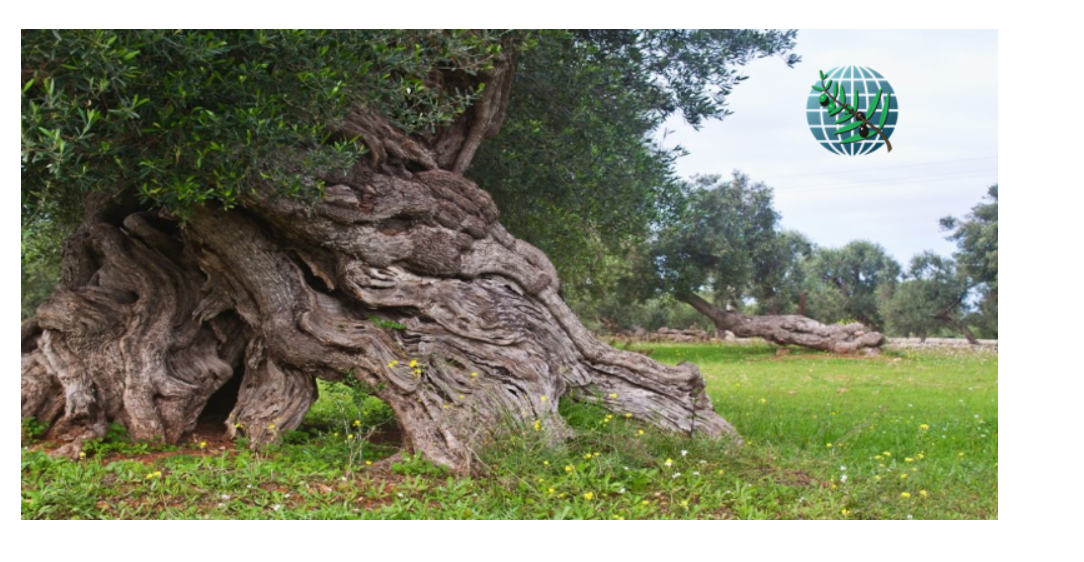 The IOC participated in the event with the aim of gathering direct information on the needs of the sector and on scientific advances. BIOVEXO – Biocontrol of Xylella and its vector in olive trees for integrated pest management – is a project supported by the European Union’s Horizon 2020 research and innovation programme that aims to produce and test innovative biopesticides targeting Xylella fastidiosa and its vectors, for use in organic and non-organic production systems (for more information, see https://biovexo.eu/). 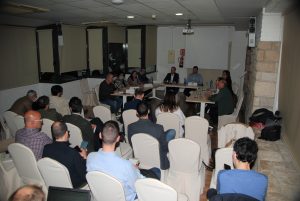 Treatments will have a curative and preventive approach. Six candidate biocontrol solutions will be tested: two bacterial strains, a microbial metabolite, two plant extracts and an entomopathogenic fungus. After validating these biopesticides in the field on a small scale, the formulations will be improved and the most effective biopesticides will be produced.

Biovexo forums are organised every year in a different European city. The aim is to assess the needs of local farmers and other stakeholders in the fight against Xyllella fastidiosa and adapt the latest scientific advances to their expectations. This year’s Biovexo Xylella Forum took place on 20 April in the city of Alicante, Spain. Many experts participated, including Stephen Webb, coordinator of the Biovexo project; Jose Vicente Andreu Marcos, president of the ASAJA of Alicante; Blanca Landa del Castillo, from the Institute of Sustainable Agriculture (CSIC); Ana Cuadrado Galván, from the joint endeavour “A Europe based on the Circular Bioeconomy” (Brussels); Antonio Vicent Civera, from the Institut Valencià

d’Investigacions Agràries; David Cubillo Pérez, from the Generalitat Valenciana; Diego Olmo García, from Servei d’Agricultura (Govern Illes Balears); Stéphane Compant, from the Austrian Institute of Technology; Pablo Morello Parra, from the IOC; Maria Teresa Signes Pont, from the Universitat d’Alacant; and Bartomeu Deya, from the Can Det oil mill. The debates were chaired by Jose de la Torre, from the company DOMCA.

During the round table discussion that followed, farmers and representatives of associations shared their experiences and possible solutions were discussed.

The IOC participated in the event with the aim of gathering direct information on the needs of the sector and on scientific advances. Pablo Morello, Head of the Olive Oil and Environment Department, underlined the importance that the IOC attaches to initiatives to combat Xylella fastidiosa, one of the most important plant health issues today and which is dramatically affecting an important area of southern Italy and threatening olive growing worldwide. 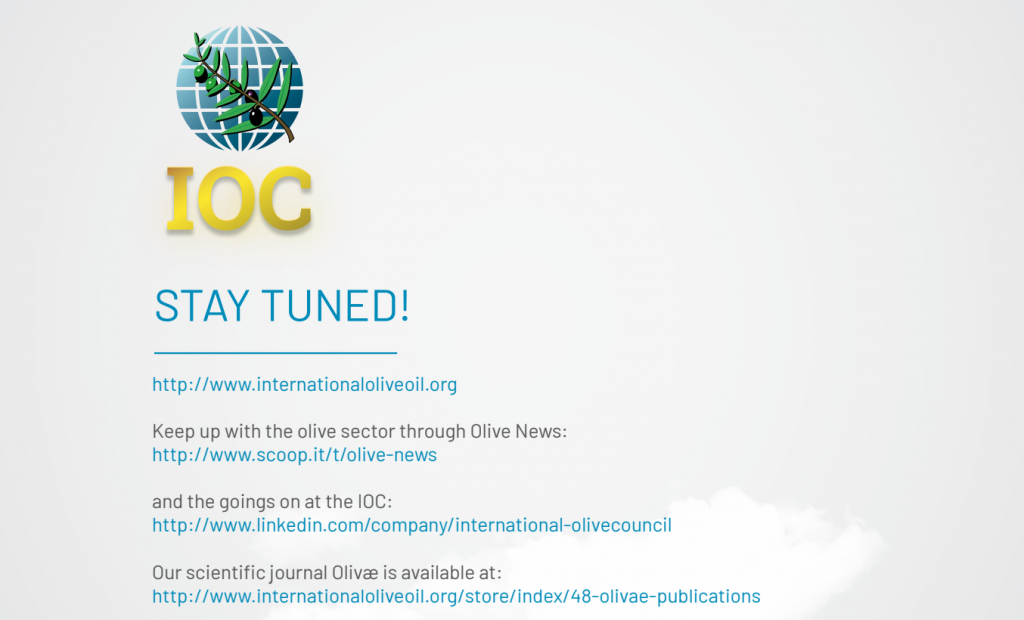 Traineeship in the Translation Department of the IOC

The Executive Secretariat of the International Olive Council (IOC) is seeking a recent graduate with a bachelor’s degree in translation for a six-month, renewable, paid traineeship, beginning preferably on 15 February...