Home / Blog / A delegation from Libya visits the University of Córdoba 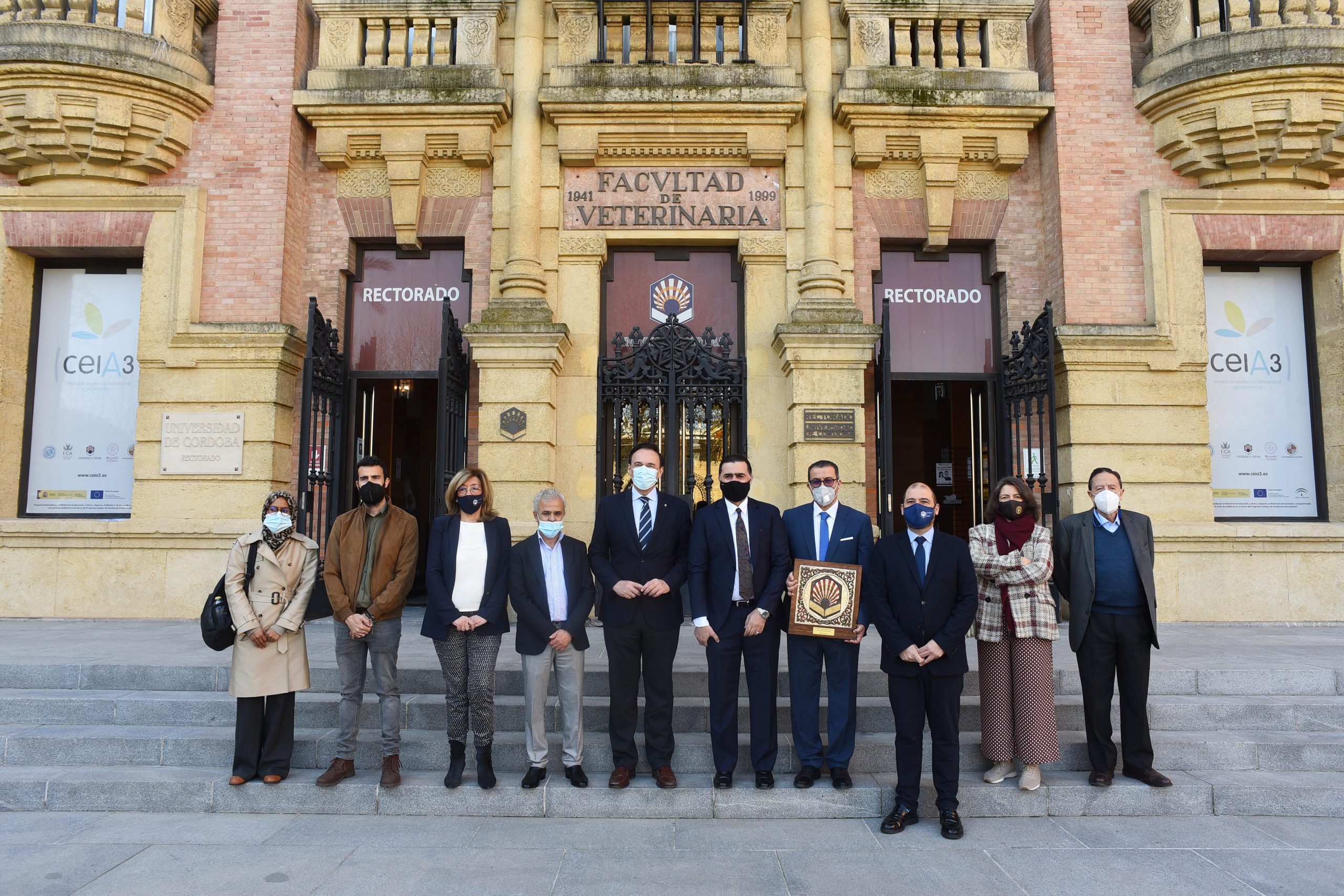 A delegation from Libya visits the University of Córdoba

Following the bilateral meeting held at the IOC headquarters between the Executive Secretariat and a delegation from the Government of Libya dedicated to the development of the country’s olive sector, it was decided to carry out a technical visit to the international collection of olive genetic resources at the University of Córdoba (UCO) to introduce the Libyan variety Tripolitaine to the work of identification and characterisation under the TRUE HEALTHY OLIVE CULTIVARS (THOC2) project.

A Libyan delegation led by the Libyan Ambassador to Spain, Walid B. D. Abuabdalla, who was accompanied by Dr Adem Ibrahim Elzagheid, Director General of the Biotechnical Research Centre, and Inas Mohamed Almadani Alhudiri, Head of the Department of Genetic Engineering, together with Abdelkrim Adi, Head of the Olive Growing, Olive Technology and Environment Unit, and Catarina Bairrão Balula, Head of the Technical Cooperation and Training Department, went to the UCO. They were received by the Rector of the University, José Carlos Villmandos, the Vice-Rector of Research, Enrique Quesada, the Vice-Rector of Graduate Studies, Julieta Mérida, and by Professor Emeritus Luis Rallo, coordinator of the IOC Olive Germplasm Banks Network.

The meeting was an opportunity to discuss the development of the olive sector in Libya on the basis of a possible agreement between the two parties under the supervision of the IOC.

At the end of the day, Hristofor Miho, from the UCOLIVO group, and Carmen Vacas, presented information on the opportunity for Libyan students to participate in the master’s programme on Olive Growing and Olive Oil Technology.

The Libyan delegation gave the UCO laboratory samples of the DNA of 12 indigenous varieties and a plant sample of the Tripolitaine variety.