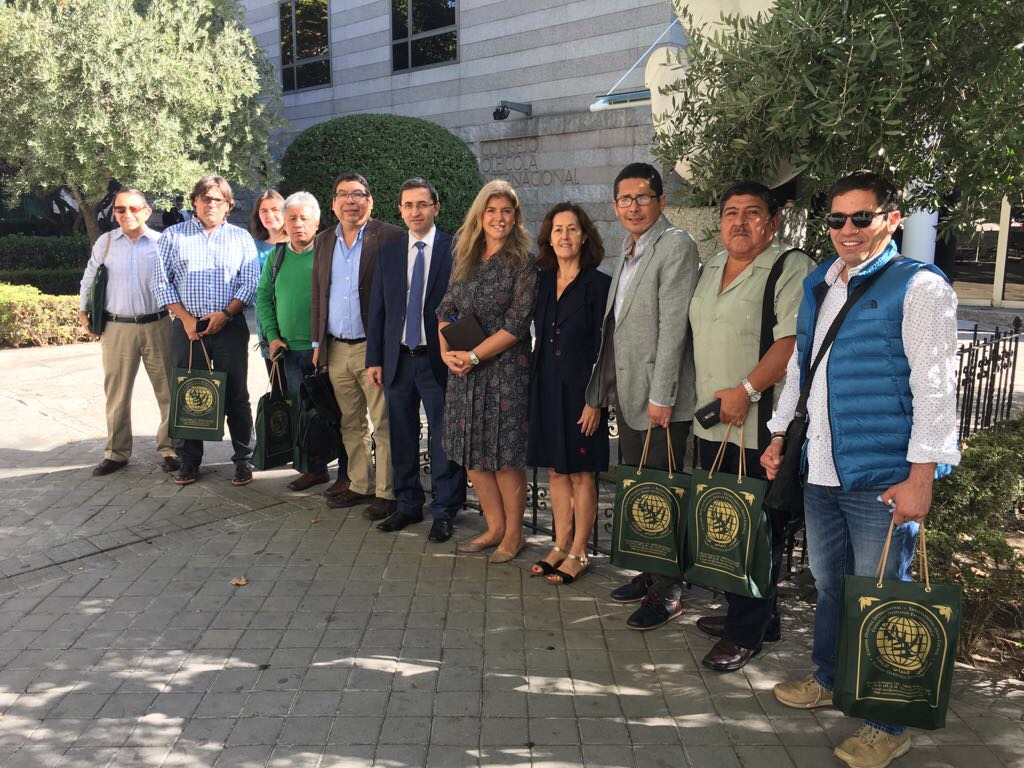 A delegation of Peruvian olive sector entrepreneurs from the Peruvian association Pro Olivo was received by the Executive Secretariat of the International Olive Council (IOC) on 13 October. During the meeting, which was presided by Deputy Executive Director Mustapha Sepetçi, the heads of the IOC Departments and Units presented the Council's activities, according to the request made by the delegation.

In particular they discussed activities relating to olive oil chemistry and standardisation, the programme for the recognition of physico-chemical testing laboratories and tasting panels, the Mario Solinas Prize, training and technical assistance and statistical data, among others.

The members of this association, who were participating in a technological mission in Europe, provided an overview of the Peruvian olive sector, highlighting in particular the presence of an “informal” sector that is responsible for a large part of the production used for national consumption.

Olive trees are mainly grown in the southern coastal region, between Tacna, Arequipa and Ica. Production in the last three years has been particularly poor, due to high temperatures, the El Niño phenomenon, water shortages and the spread of pests (Orthezia olivacea, Hylesinus oleiperda and Palpita quadristigmalis) and diseases.

The olive tree is thought to have been taken to Peru in 1540 by the capital’s first mayor, and that it then spread from Lima to the rest of Latin America. Today, Peru’s production varies between 70 000 and 130 000 t of olives a year, depending on the source and crop year.

Pro Olivo reiterated its interest in the activities of the IOC and called for a rapprochement between the Government of Peru and the IOC, with a view to the future accession of the country to the International Agreement on Olive Oil and Table Olives, 2015, which would lead to the modernisation of the Peruvian olive sector and enable greater transparency in trade operations.