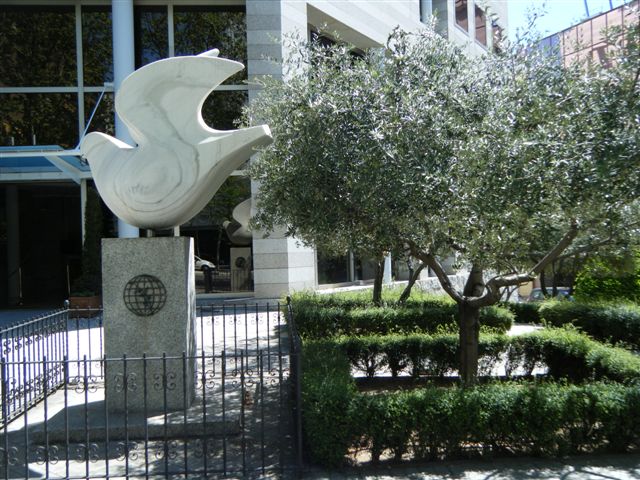 Upcoming activities of the Executive Secretariat

A delegation of the Ministry of Culture and Tourism of Turkey will be received by the Deputy Executive Director Mustapha Sepetçi and by two other officials of the Executive Secretariat to go over the draft application presented by Turkey, Spain and Italy, to register the heritage of olive and olive oil production on the list of immaterial cultural heritage recognised by UNESCO.

In addition, a delegation of a dozen olive sector entrepreneurs of the Peruvian association Pro Olivo will be met on 13 October at the Executive Secretariat of the IOC as part of a technological mission to Spain. At this meeting they have requested a presentation of the activities of the IOC and the procedure for the recognition of tasting panels.

Ingrid María García-Reyes Geist, who has been selected to fill the post of Internal Comptroller at the Executive Secretariat, will begin work on 16 October. In the run-up to the next session of the Council of Members, the IOC team will be reinforced by the arrival of three new officials for the posts of Head of the Olive Growing, Olive Oil Technology and the Environment Unit, Head of the Administrative Management and Human Resources Unit, and Head of the Observatory and Information Systems Department.

The IOC experts in organoleptic assessment will meet on 16 and 17 October to study this subject as well as the harmonisation of panels and the study of negative attributes in olive oil. On 18 October, they will participate in the update workshop on sensory analysis, to which the representatives of the IOC Advisory Committee are also invited. The Advisory Committee will hold its own meeting the following day, before the meeting of the signatory associations of the Agreement for the quality control of olive oils and olive-pomace oils sold on import markets.

A meeting will be held at the headquarters of the IOC on 25 October to examine the possibility of setting out a procedure for granting IOC recognition to training centres on olive growing and olive oil.

November will be given up to the preparation and hosting of the 106th regular session of the Council of Members of the IOC, from 21 to 24 November, and the celebration of World Olive Day.

The Executive Secretariat also plans to publish the work that has been conducted on the CO2 balance of olive growing throughout the world.

A course for tasting panel leaders is planned from 27 November to 1 December at the headquarters of the IOC. The end of the year will also bring to a close the promotion campaign on olive oil and table olives, carried out by the IOC in Japan since July 2016, and it will see the launch of a new promotion campaign in the United States (a call for tender has just been published for the selection of a public relations agency  to manage the operation of this campaign https://www.internationaloliveoil.org/estaticos/view/248-calls-for-tenders), kicking off with a seminar on nutrition in California.