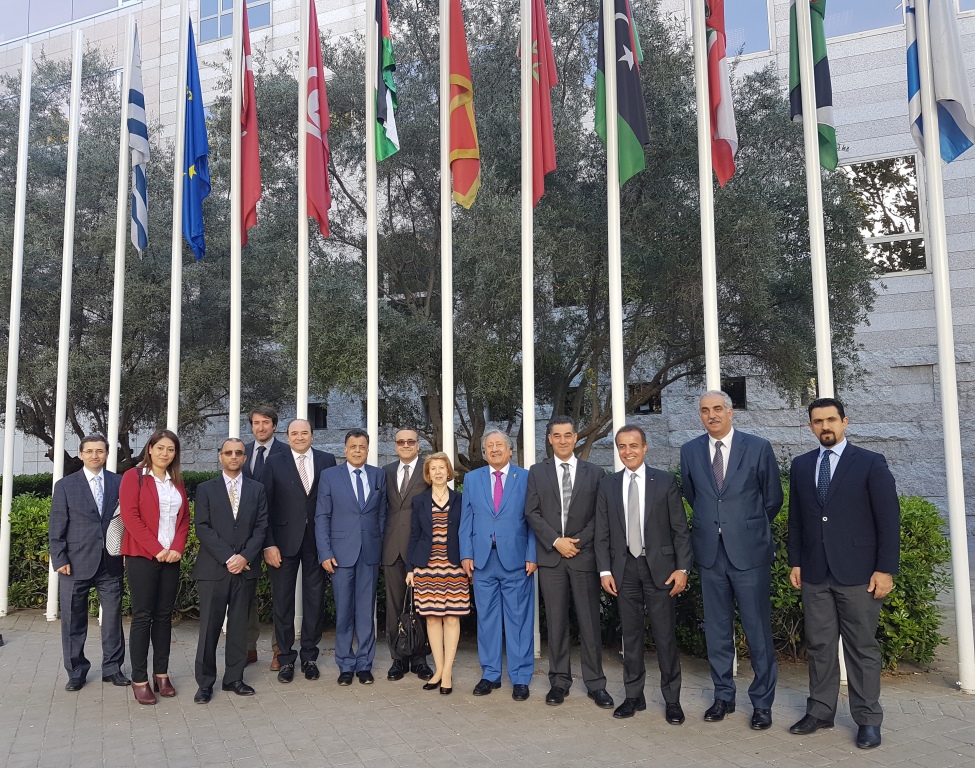 Following the notification of the United Nations of the ratification by the State of Palestine of its accession to the International Agreement on Olive Oil and Table Olives, 2015, on 9 April 2017, H.E. Musa Amer Odeh, the Ambassador of Palestine in Madrid, was received by the Executive Director of the IOC, Abdellatif Ghedira, the two Deputy Executive Directors, Jaime Lillo and Mustafa Sepetçi, and the main Heads of Unit of the Executive Secretariat, who welcomed this new country on behalf of all the IOC member countries.

Mr Odeh recalled that the olive tree was a universal symbol of peace and he thanked the staff of the Executive Secretariat for their welcome. The diplomats and ambassadors who attended this meeting greeted the international recognition of an important partner in the global olive sector.

The 111th session is officially live

Madrid – Under somewhat surreal circumstances, the 111th session of the Council of Members has officially begun in Madrid. The first, and hopefully last, in the time of covid-19. We expect to see over 100 connections from...