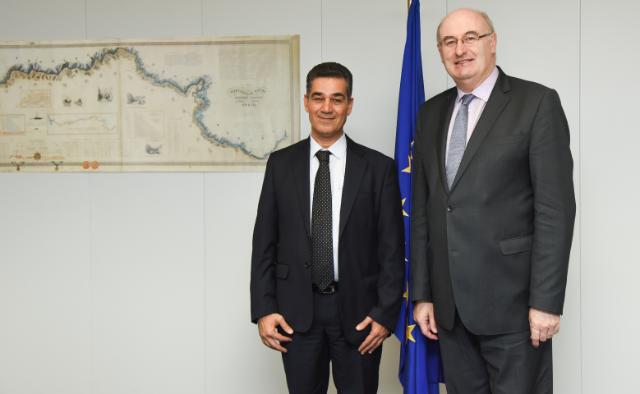 The Executive Director and the Deputy Director in charge of Technical, Economic and Promotional Affairs were received on 27 October 2016 by the European Commissioner for Agriculture and Rural Development, Phil Hogan.

Phil Hogan, who is the former Irish Minister for the Environment, Community and Local Government, has been in charge of EU agricultural and rural affairs and the common agricultural policy (CAP) since November 2014. Among others, he was accompanied by Silke Boger, who is the Head of the Unit on Arable Crops and the EU Head of Delegation at the IOC; Jerzy Bogdan PLEWA, Director-General for Agriculture; Miguel Garcia Navarro, Head of the Olive Oil Sector; and Cristina Rueda, a member of his cabinet.

The Directors thanked the Commissioner for the EU’s support of the IOC, recent examples of which had been its signature of the International Agreement on Olive Oil and Table Olives, 2015, its participation in different committees and working groups, as well as the results of the working group on the review of the IOC implementing rules, which is chaired by the EU, by appointment of the Council of Members.

The Executive Director informed the Commissioner of the Organisation’s main points of focus, namely encouraging Member States to sign and ratify the new Agreement, and the intention of the IOC Executive Secretariat to submit a draft decision to the Council of Members that would enable Members who have not yet completed the procedure for the signature and ratification of the Agreement by 31 December, to participate in the work of the Organisation as observers, guaranteeing their de facto membership as soon as they submit their instruments of ratification. This would be subject to an undertaking to pay an indemnity equivalent to the participation share established in the Agreement, independently of the date at which they complete these procedures.

Mr Ghedira spoke about the discussions and exchanges under way with several consumer countries whose membership would have a significant impact on the Organisation. He highlighted the importance that the IOC gives to the harmonization of its standard with the Codex Alimentarius standard and requested the EU to lend its support in this regard at the meeting of the Codex Committee on Fats and Oils that will be held in Malaysia in April 2017.

The Executive Director also highlighted the importance of the harmonisation of customs codes and he requested EU support to achieve the inclusion of virgin and extra virgin olive oils in the international tariff nomenclature.

Mr Ghedira highlighted the new guidelines for the Executive Secretariat, namely the implementation of an Observatory on olive growing and olive oil technology, the celebration of World Olive Day (WOD) in which 12 countries have already expressed an interest and the organisation of a ceremony on 24 November 2016 in Madrid, alongside the upcoming session of the Council of Members. In this regard, the Executive Director invited the Commissioner to take part in WOD 2017.

With regard to the provisions of the new implementing rules and to the decision of the Council of Members concerning the future IOC organisation chart, which will help to strengthen the team on the basis of qualifications, while seeking to achieve a better geographical balance, Mr Ghedira indicated that the Executive Secretariat had taken good note of the EU proposals to help optimise the work of the Executive Secretariat.

The Executive Director informed the Commissioner of the work carried out by the Organisation on the environmental aspects of olive growing and of its participation in COP 22, where IOC officials would present the results of its work on the impact of the production of olive oil on the carbon balance. Mr Ghedira also requested EU support in this regard.

The Commissioner also heard about the steps taken by the Executive Secretariat to align national legislations concerning protection against olive tree diseases and parasites. He took note of the joint IOC-CIHEAM seminar on Xylella fastidiosa, to be held in Bari (Italy), in the region of Puglia – an area which has been strongly affected by this bacterium –, with the participation of the FAO, and a number of experts from IOC member countries.

In the light of the IOC’s wish to strengthen its promotional activities, the Executive Director requested to be informed of the EU’s annual programmes.

Lastly, Mr Ghedira indicated that the Executive Secretariat would soon offer a mechanism enabling it to strengthen its links to its member countries.

The Commissioner expressed his interest in the information provided during the meeting and highlighted the importance of olive growing in European agriculture. In this regard, he noted that the EU is the first world producer (with an average of 70% of world production); the first exporter (with more than 70% of the total) and the first consumer of olive oil and table olives (55%). Intra-community trade of olive is also extremely high oil (one million tonnes are exchanged every year), not forgetting that Europe has the largest olive hectarage in the world and that European prices continue to be used as a global reference price for olive oils. 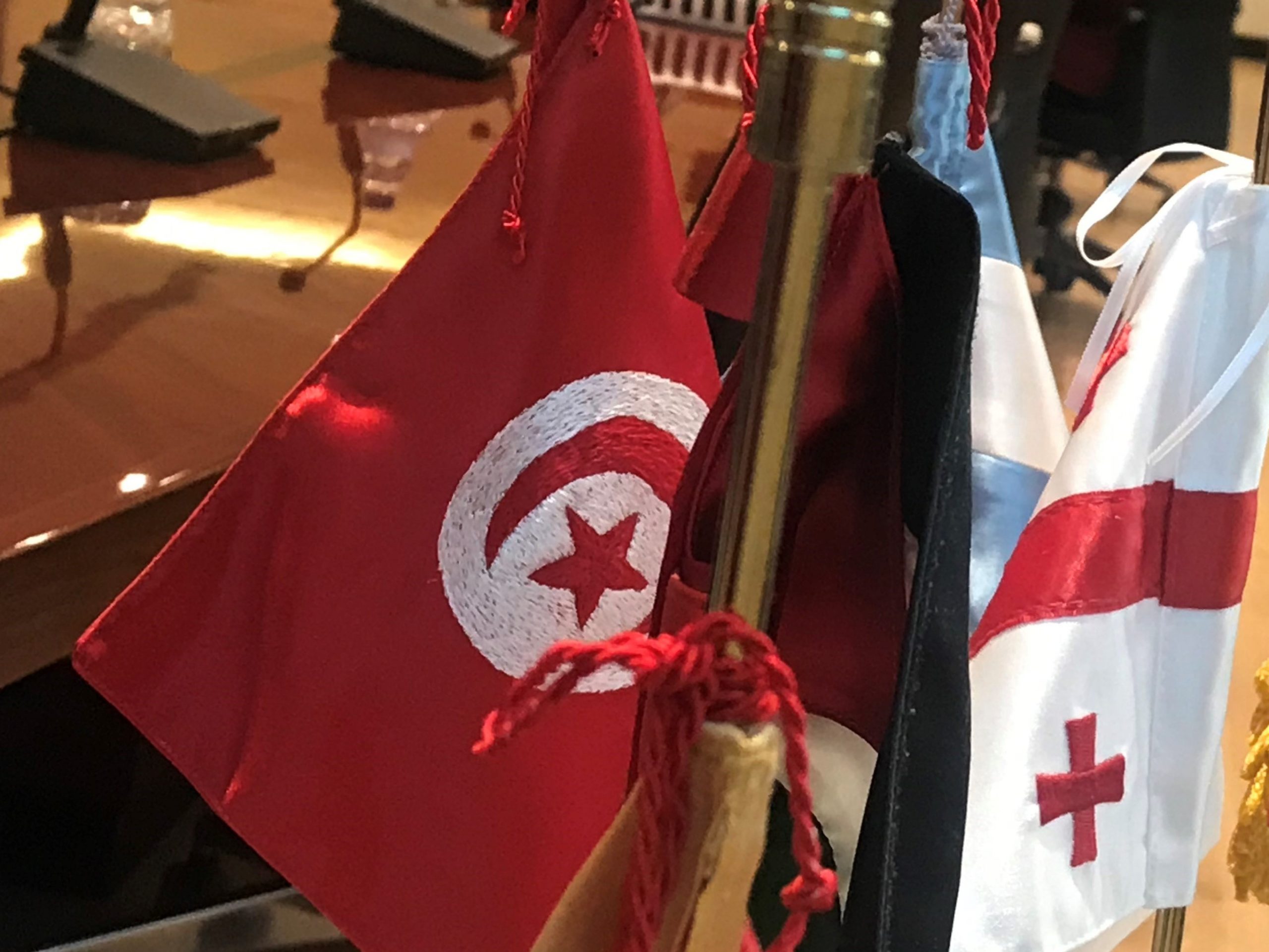