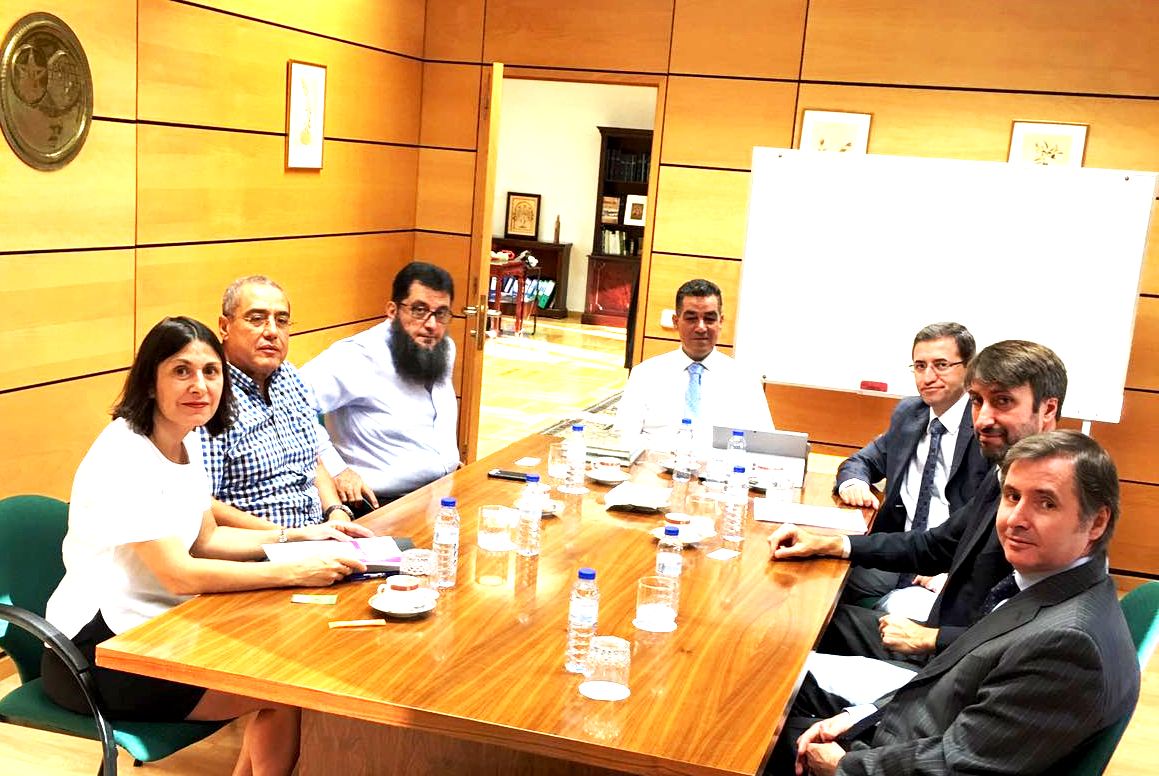 A delegation of representatives of the Saudi olive growing sector was received on 7 October by various officials of the IOC Executive Secretariat, including the Executive Director, the Deputy Directors, the Head of the Department of Research & Development and Environment and the Head of the Promotion Unit.

Mr Aboabat, the CEO of the company Al-Watania and Mr Sahbi Mahjoub from the Agromillora Group, provided information about activities in Saudi Arabia to develop the olive sector. In particular, they spoke about the development of what is currently the largest organic olive orchard in the world, with 20 million olive trees grown under irrigation, using the abundant subterranean water reserves, to create a plantation density of 1500 trees per hectare. This orchard is located in the province of Al Jouf, on the border with Iraq and Jordan. The olive harvest is entirely mechanised and the orchard is equipped with mills, and storage and packaging units. It exports part of its production to Spain, Switzerland, the United Arab Emirates, Bahrain and Kuwait.

The majority of Saudi Arabia has a desert climate, with extreme temperature differences between night and day. Temperatures can reach 54ºC in the summer with extremely low annual rainfall.

Mr Aboabat requested information on IOC activities and in particular on the conditions of IOC membership. The IOC officials presented their respective activities and encouraged Saudi Arabia to attend the meeting of the Advisory Committee on Olive Oil and Table Olives as an observer, in order to familiarise itself with the different areas of IOC action.

All the participants hoped that the meeting would be the beginning of a fruitful collaboration between Saudi Arabia and the IOC.