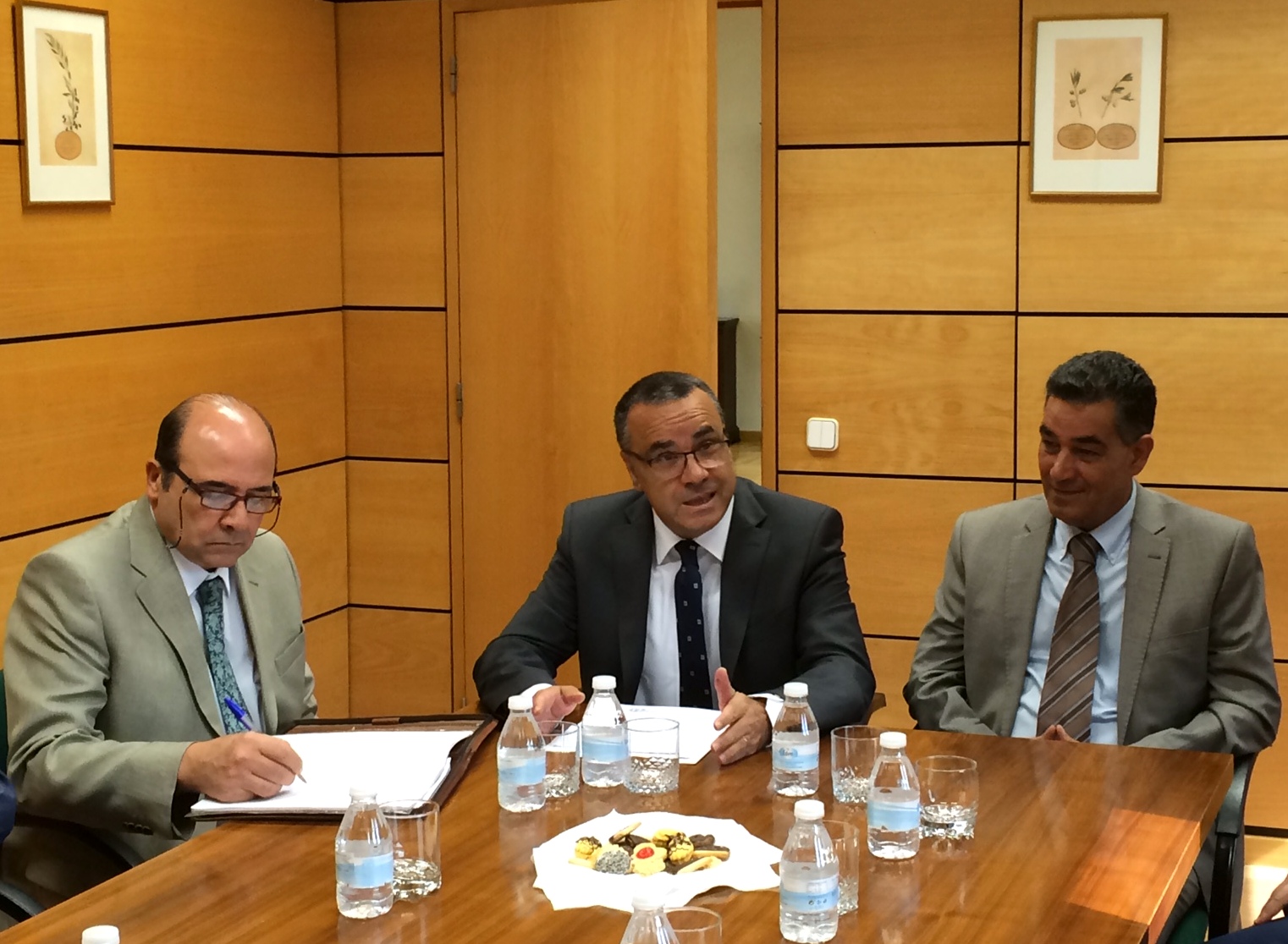 The Ambassador of Tunisia, H.E. Wacef Chiha, presented a copy of the instruments of ratification of the International Agreement on Olive Oil and Table Olives, 2015, to the Executive Director of the IOC during a visit to the Executive Secretariat on 31 August, accompanied by the Minister-Counsellor of the Tunisian Embassy in Madrid, Mr Mounir Fourati.

Following its approval by the Tunisian Assembly of Representatives of the People, on 6 June 2016, the instrument of ratification was signed by the President of the Tunisian Republic, Mr Béji Caïd Essebsi, and submitted to the depositary of the Agreement, the Secretary-General of the United Nations in New York, in accordance with article 27 of the Agreement.

The Ambassador and his Minister-Counsellor were first received by the IOC Executive Director, Mr Abdellatif Ghedira, himself a Tunisian national, and by the two IOC Deputy Directors, Mr Jaime Lillo of Spain, and Mr Mustapha Sepetçi of Turkey – respectively responsible for technical and economic affairs and promotion, and administrative and financial affairs–, before meeting with other members of the Executive Secretariat, namely the Heads of Unit and the Head of the Legal Department.

The Ambassador was pleased and honoured to note that Tunisia was the first IOC member country to ratify the International Agreement and underscored that it not only bore witness to Tunisia’s sincere desire and commitment to support the activities of the IOC but also provided further evidence of his country’s recognition of the IOC as a global reference in the olive oil and table olive sector.

The IOC Executive Director expressed his satisfaction in this regard and encouraged other IOC member countries to ratify, accept or approve the new Agreement by depositing the corresponding instruments with the depositary prior to 1 January 2017, to enable it to enter into force on schedule.