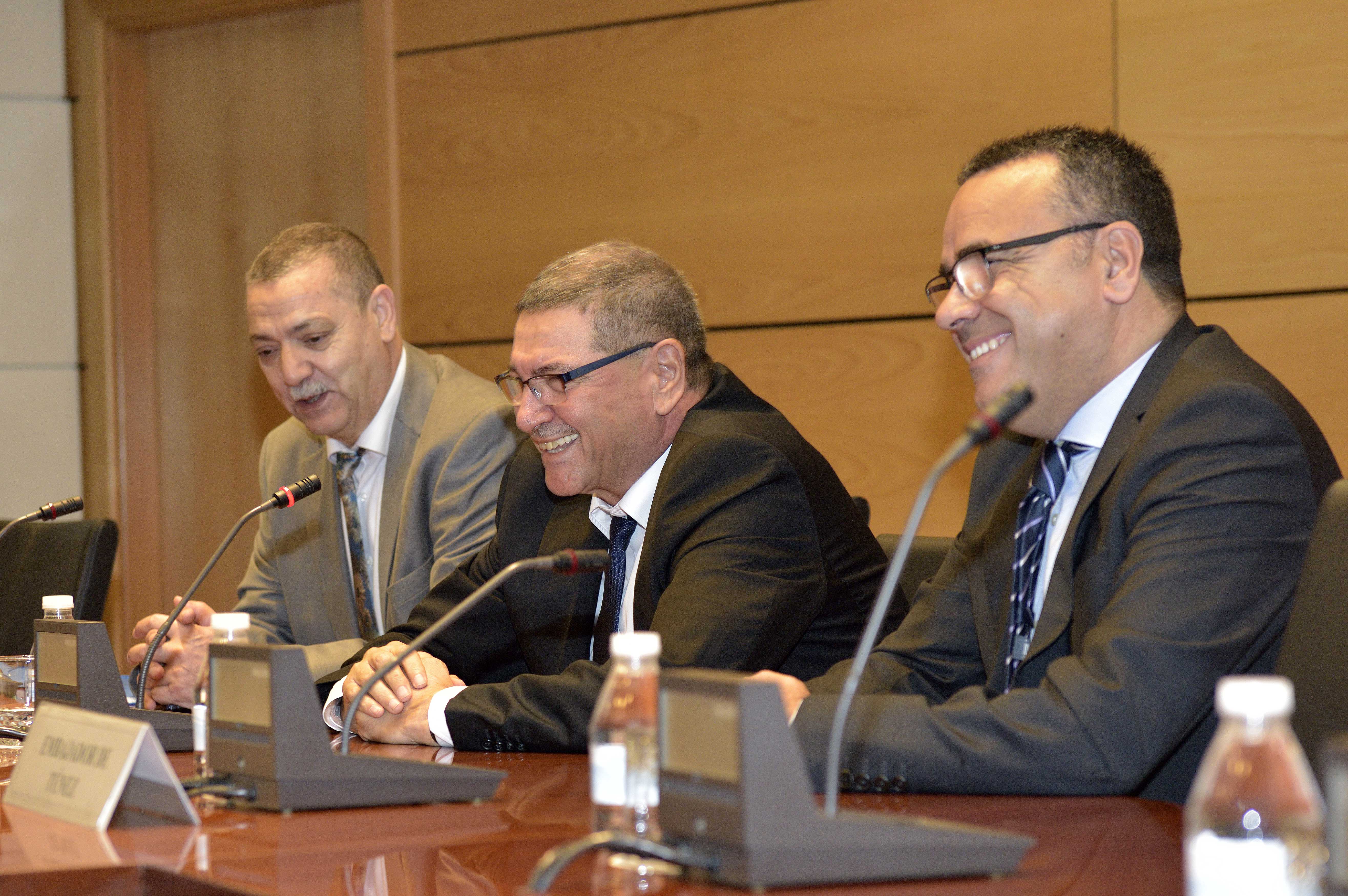 Habib Essid, the Prime Minister of Tunisia since February 2015 and a former Executive Director of the International Olive Council, is awaited at IOC headquarters at 10 am today, 27 October 2015, while on an official visit to Madrid.

Upon his arrival, the Prime Minister will be welcomed by IOC Deputy Director Ammar Assabah – in the absence of the Executive Director who is currently away on official business – and all the staff. Mr Essid will be presented with a miniature olive tree as a token of gratitude, after which the Deputy Director will give a welcome address and will then award him the IOC insignia of honour.

Mr Essid’s visit to Council headquarters signals the desire to strengthen cooperative relations between the Organisation and Tunisia, which is one of the founding members of the IOC and the world’s third biggest producer and leading exporter in the 2014/15 record season.

Mr Essid, who held the post of IOC Executive Director from 2004 until 2007 – and during that time negotiated the 2005 International Agreement – and was then appointed Deputy Director in charge of the Technical and Promotion Divisions of the Executive Secretariat between 2007 and 2010, will be accompanied by the Ambassador of Tunisia in Madrid, Chiha Wacef, and a delegation of high-ranking officials.

During his visit, the Prime Minister will greet the participants in an international course on the carbon footprint in olive growing organised concomitantly at IOC headquarters by the IOC Department of Research & Development and Environmental Affairs. Next, he will have a discussion with the Deputy Director before signing the IOC Visitor’s Book.

On leaving, Mr Essid will go on to the Madrid+10 Conference organised by the Club de Madrid and the International Centre for the Study of Radicalisation and Political Violence (ICSR) on the theme of The Policy Dialogue on Preventing and Countering Violent Extremism. After the delivery of the opening speech by His Majesty King Felipe VI of Spain, Mr Essid will speak alongside the Secretary General of the United Nations, Ban Ki-moon, two Ministers from the Government of Spain and 40 ex-presidents and prime ministers from numerous countries.