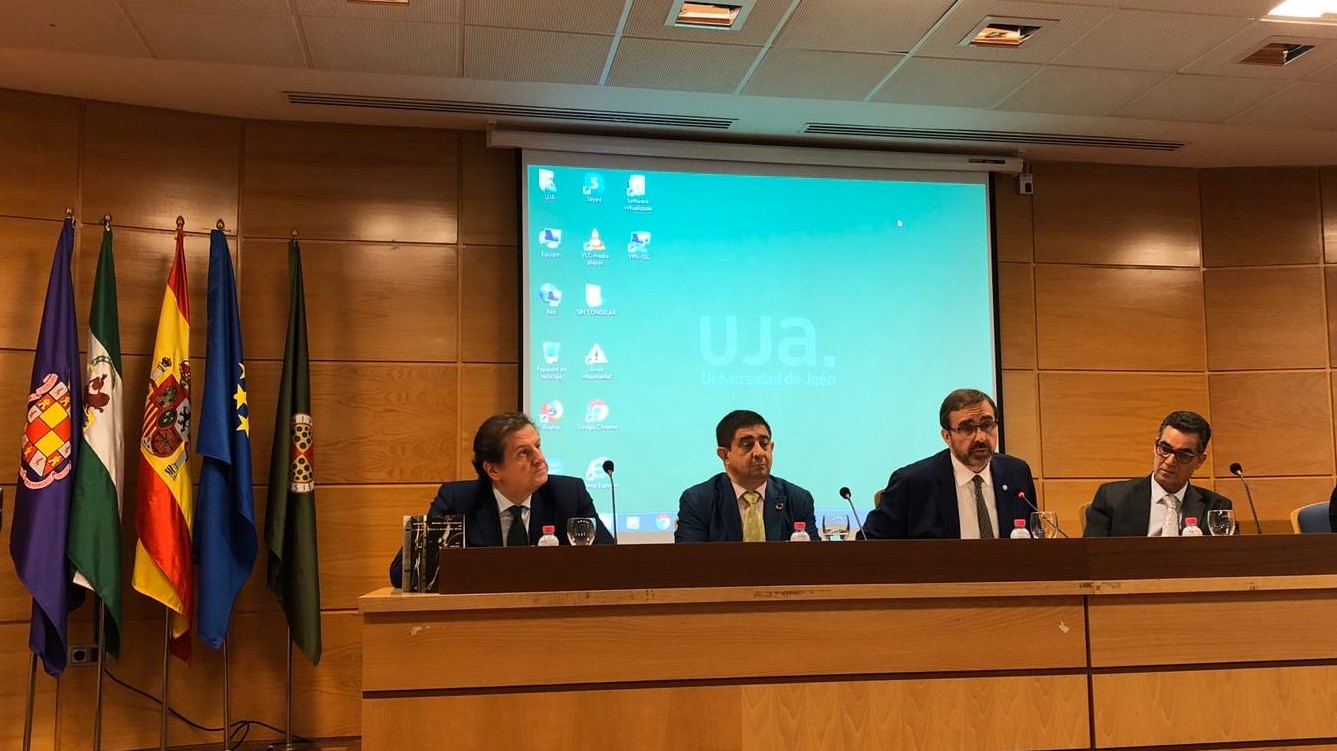 Jaén - The Executive Director of the International Olive Council, Abdellatif Ghedira, took part in the launch of the master’s degree in olive growing and olive oil technology at the University of Jaén on 29 October 2019.

The launch was hosted by the university’s magnificent Rector, Juan Gómez Ortega. Also in attendance were the President of the Jaén Provincial Council, Francisco Reyes Martínez, the sub-director of the Caja Rural de Jaén, Luis Jesús García-Lomas Pousibet, and Adoración Mozas Moral, the director of the programme.

The inaugural lecture was given by Samir Mili, researcher at the Spanish National Research Council, on the “Situation and challenges of the olive sector”.

At the event, the Executive Director reinforced the importance of this programme for qualifying the human resources of the olive sector. He pointed out that a cooperation agreement would soon be signed by both institutions in order to formalise a lasting, fruitful relationship and to recognise the contribution of these studies.

He also remarked that the high and growing demand for IOC scholarships to the specialisation course on virgin olive oil tasting was proof of the pre-eminence of these studies and the ties that link these two institutions.