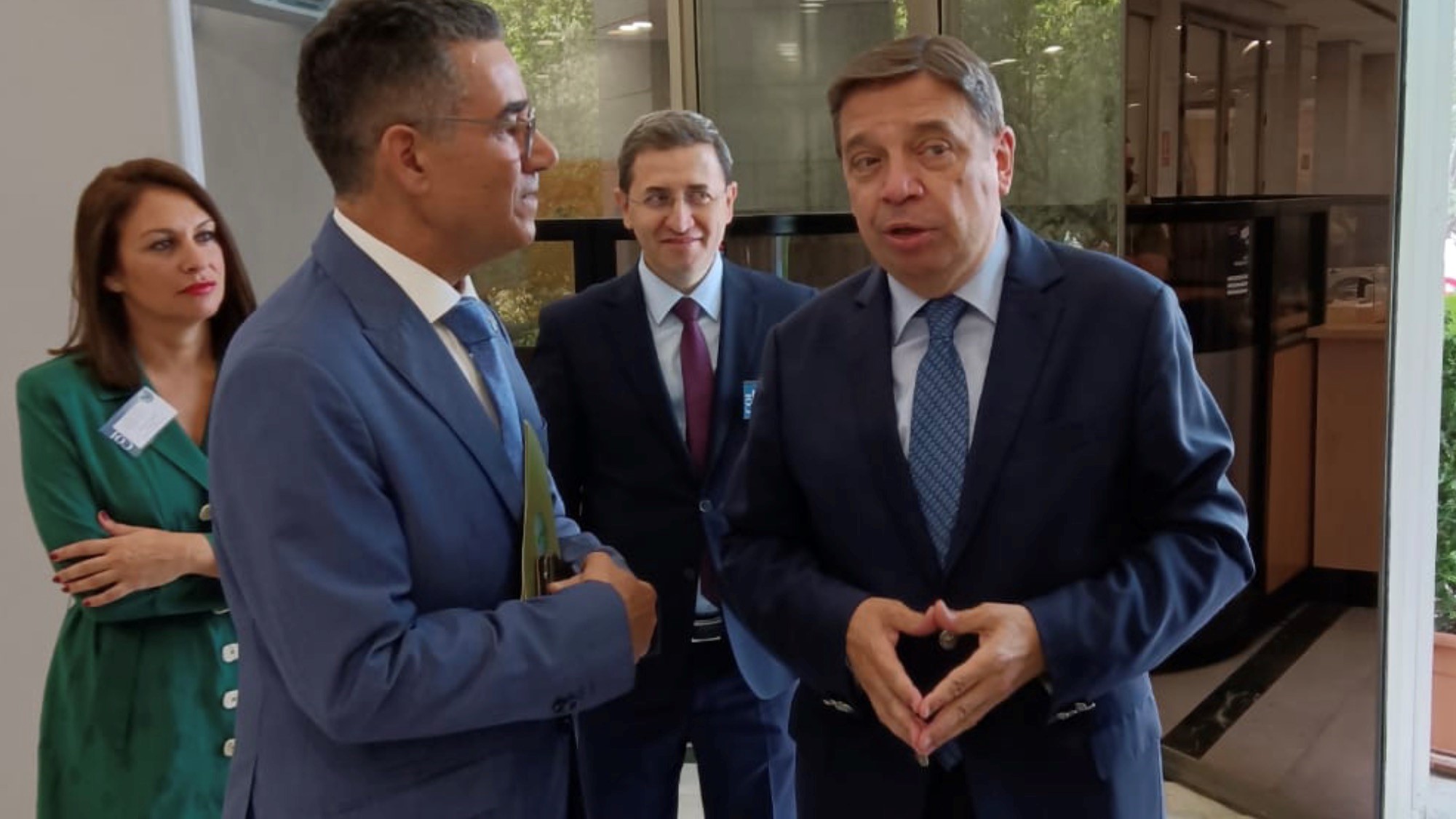 THE IOC AND QVEXTRA! GATHER THE INTERNATIONAL OLIVE SECTOR, THE SCIENTIFIC COMMUNITY AND KEY EU DECISION-MAKERS TO DEFINE A ROADMAP FOR NUTRITION AND HEALTH LABELLING FOR VIRGIN OLIVE OILS.

The IOC and the QvExtra! association successfully organised a conference on the labelling of health and nutritional claims for extra virgin olive oils (EVOO) in the EU. The meeting, which took place on 20 May at IOC headquarters in Madrid, brought together the bodies involved in deciding on the future EU food label, along with the Spanish Minister of Agriculture, Fisheries and Food, Luis Planas, who opened the session by stating his belief in “the need for the debate established at this conference”. 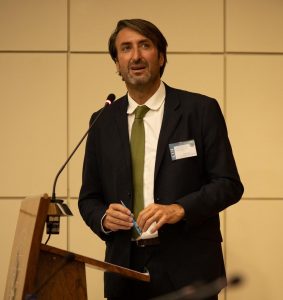 The inauguration was also attended by Ali Ben El Hadj M’Barek, Chair of the IOC Advisory Committee, a key figure for the IOC in conveying the opinions and concerns of the sector in member countries, as well as Abdellatif Ghedira, Executive Director of the IOC, who opened the proceedings and welcomed the participants on behalf of the IOC. In his message, Mr Ghedira stressed the relevance of this type of activity for the objectives of the International Agreement on Olive Oil and Table Olives, which the IOC is responsible for administering, and that the Executive Secretariat was therefore pleased to support such initiatives. Soledad Serrano, the President of the QvExtra! Association, which organised the event with the Executive Secretariat, also spoke at the event. Jaime Lillo, the IOC Deputy Executive Director responsible for the operational aspects of the organisation, coordinated part of the conference and moderated the speakers’ discussions.

The Spanish Ministry of Agriculture was also represented at the conference by the Director General of the Food Industry, José Miguel Herrero, who took part in a round table discussion with Sabine Pelsser, Head of the Food Information and Composition Unit at the European Commission’s DG Health and Food Safety, who explained the timetable for the approval of mandatory front-of-pack nutrition labelling in the EU, and with Mazaly Meder and Clara Aguilar, members of the European Parliament’s Agriculture Committee.

The extensive scientific evidence on the positive health effects of olive oil, and in particular the extra virgin category, was presented in a unique master class by Professor Miguel Angel Martínez.

Participants stressed the need to correct the Nutri-Score system, as it does not provide consumers with adequate information, as well as the opportunity to mention new health claims for the different categories of olive oil.

All organisations present committed to work together to achieve satisfactory nutrition and health labelling for the olive sector and to define new, accessible ways to communicate the many health benefits of olive oil.

The Director of the European Commission’s Representation in Spain, Mª Angeles Benitez Salas, spoke at the closing ceremony of the conference.

The video of the event is available here: 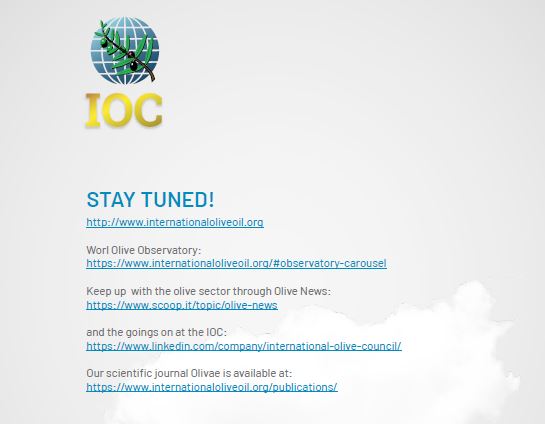