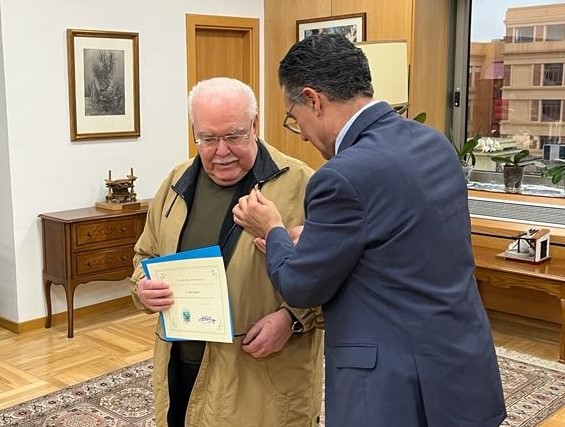 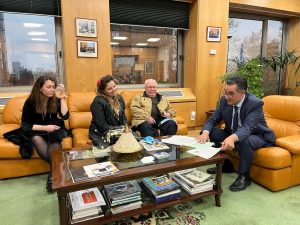 On 11 March 2022, the Executive Director of the International Olive Council (IOC), Abdellatif Ghedira, was visited by a former IOC official, Hédi Guerbàa.

An engineer and former official of the Tunisian Ministry of Agriculture, Mr Guerbàa began his career at the IOC in September 1976 as Head of the Economic Department, before being appointed Deputy Executive Director in the 1980s, a position he held until he retired in August 1997.

Mr Guerbàa played an important role in the launch of a book that is still a reference for the olive sector: the World Encyclopaedia of Olive Oil. 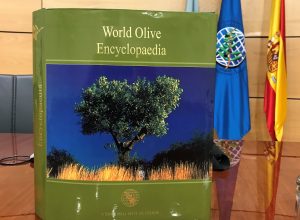 The Executive Director and Mr Guerbàa discussed many topics, including how the IOC has changed, its new members in the Latin American, Caucasian and Gulf countries, consumer trends, and new consumer markets. Mr Guerbàa recalled when the new IOC headquarters was set up on Calle Príncipe de Vergara in 1992, the planning of the site, the construction of the building and its inauguration.

The Executive Director thanked his guest and presented him with a certificate of recognition for his work in the IOC and a commemorative pin.  Mr Guerbàa was accompanied by members of his family who were very grateful for the event. 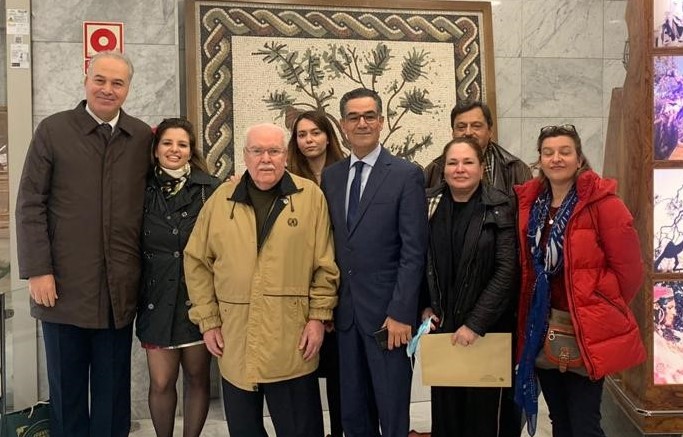