Home / Blog / THE CHINESE OLIVE SECTOR LOOKS TO THE IOC 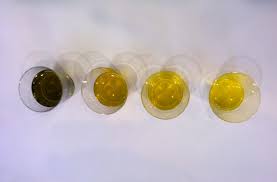 THE CHINESE OLIVE SECTOR LOOKS TO THE IOC

Madrid – Over the years, China has taken a largely scientific approach to olive growing. This is demonstrated by the recent declarations made by Dr Jin– Hua LI, associate professor of Research Institute Forestry, Chinese Academy of Forestry. In China the section responsible for olive growing is part of and monitored by the Ministry of Forestry.

Data was presented in Madrid during a recent meeting at the headquarters of the IOC. Research shows that olive growing in China is generating economic growth due to the varied use of its products for both food and medicinal purposes. It protects landscapes and the environment in the subtropical region and is directing economic growth to, and helping reduce poverty in, some of the poorest regions in China.

In 1979, with funding from the FAO, another 20 000 plants were introduced, including varieties from Italy, Spain and France, distributed for grafting and regional testing in Yunnan, Guizhou and Sichuan, etc. Subsequently, an olive oil industry – strongly supported by the Government of the People's Republic – has grown up around the crop.

“The fact that China is showing an increasing interest in the IOC is very positive”, the Executive Director of the IOC Abdellatif Ghedira said in a declaration made at the EVOO DAYS fair in Verona.

The climate of collaboration that has governed dialogue between the IOC and the agricultural and scientific sectors in China give good hope of an auspicious accession to the IOC trade standard by the People’s Republic.